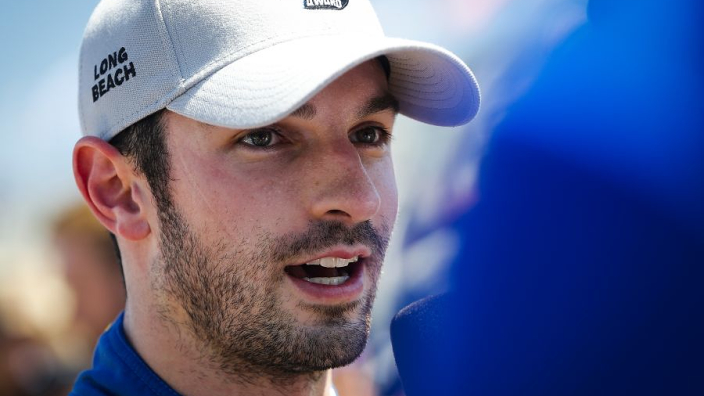 Former Formula 1 driver Alexander Rossi reveals that in an attempt to stay in the sport he knocked on the door of American Haas in 2015 but got no bill. As a reason for his rejection, he was told that there were no suitable Americans for Formula 1 at the time.

Formula 1 has found its way to the United States. The Miami Grand Prix will be on the program in a few days. Moreover, the country already has three games on the schedule for the next season. The interest from the country is huge and with an American team in the sport, the only thing missing is a driver from the country. American Rossi competed in several races for Manor Marussia F1 Team in 2015. He wanted to continue his Formula 1 career with HaasF1, but the idea was rejected by the team.

Despite talks between the two parties, no agreement was reached. Rossi tells in the Beyond the grid– podcast: “There were conversations. At Monza in 2015, straight up, the message from management was, ‘We’re not interested in you.'” Rossi continues the conversation at Haas: “We don’t think that there are Americans who are qualified to race in Formula 1 right now and the best thing you can do is go out and go your own way.” After this rejection, he no longer had to knock on the door of the Haas team. What he finds humiliating is that the obligations were simply not met. “Things were promised that Haas ultimately didn’t keep. That’s what’s humiliating, but that’s how life goes and how life works,” he continues.

Rossi opted for a career in IndyCar and it was not without success. He sees a number of similarities in the American equivalent of Formula 1. Especially taking financial resources with you is a big deal. However, the impact on the outside world is much bigger in Formula 1. “Obviously it’s on a smaller scale and the budgets are much smaller, so everything makes sense,” he explains of the difference. Despite everything, he still hopes for an American driver in Formula 1 and he still has the Haas story in his stomach. “But in the end, we haven’t seen an American in a Haas car for seven years,” he concludes.