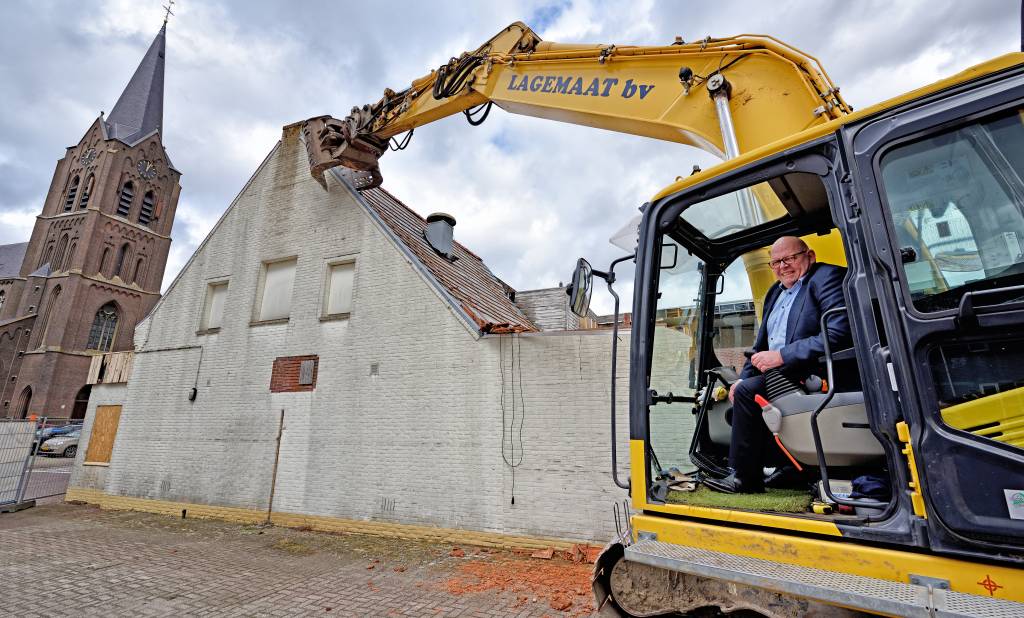 ZELAND – The Kerkstraat in Zeeland will undergo a major makeover in the near future. Alderman Ben Brands gave the green light for demolition last week by rolling up his sleeves. The building where Salt & Pepper was located was demolished. The alderman also contributed to the removal of certain trees near the parish house. (photo: LanderdFotografie, Marc van Zuylen)

Brands appreciates its contribution to the demolition of the old building. “The demolition means that we will make way for the new village hall. It is only when the old is gone that you can build something new. But it’s good that we can also keep some old elements, especially the parish house, in the street scene.

Green
The fact that the trees are now removed does not mean that it will be less green in the Kerkstraat. “The municipality will consciously plant new native tree species as soon as construction is completed. This has even been included in the zoning plan.”

Library temporarily moved
Very soon, the most important user of the former parish house, the library, will be temporarily installed in the house in the village of De Garf. Quite an operation to transfer everything cleanly. But the Zeeland Library staff are ready to do it. “We are looking forward to a beautiful open space in the new village house!”