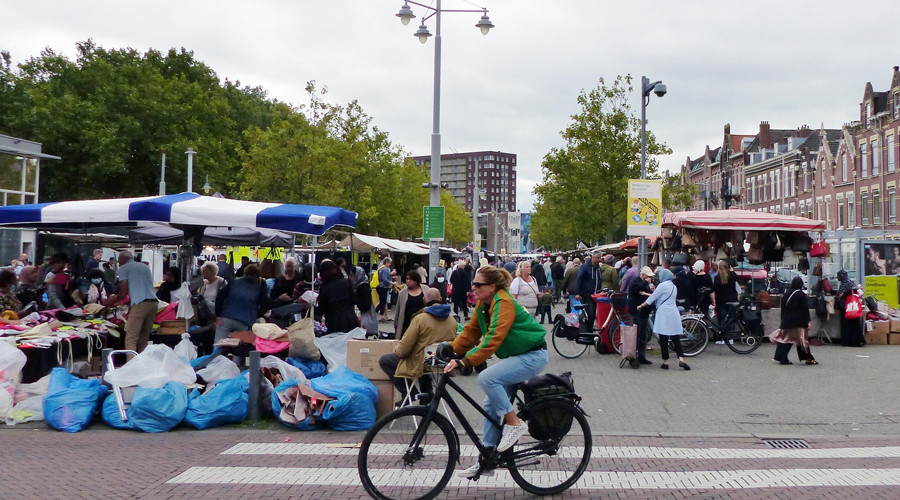 In order to make Rotterdam South a home for all social groups, both the various middle groups and the most vulnerable residents, it is essential to continue to decorate, green and (continue to) keep the outdoor area clean. Now getting to know one’s place and making a connection in the South is still too hampered by litter, an “uninviting” atmosphere and an overly masculine public space. This is what emerges from the in-depth study by sociologist Dr. Wenda Doff, commissioned by the municipality of Rotterdam and the Kenniswerkplaats Leefbare Wijken.

Rotterdam South has acquired a more mixed population over the last decade due to the increased share of middle groups, partly due to the mixed policy of the municipality and housing associations. Wenda Doff investigated how different social groups in the South use public space and live together.

An important result is that groups of well-to-do residents are also oriented towards the South. For example, they are interested in local shops and facilities and want to find their place in their neighborhoods in the South. For them, “doing at home” is still too hampered by litter, an “uninviting” atmosphere, an overly masculine public space, i.e. groups of men experienced as nuisances, and infrastructures missing like restaurants.

More capital raising groups primarily benefit from facilities such as nearby shops and meeting places. The impoverishment and sometimes limited accessibility of the equipment offered must therefore be reversed.

The slogan of Rotterdam South’s future vision “change but stay yourself”, implies that the people who are there must do so now. Doff shows that not everyone may be able to participate or wants to participate, but she also shows that there are enough residents in the south who want to work for the neighborhood. If these residents become more involved in what is happening in the neighborhood and are allowed to determine more for themselves (ownership), a lot of effort will be given. The networks exist in the South and that brings a lot of power, concludes Doff.