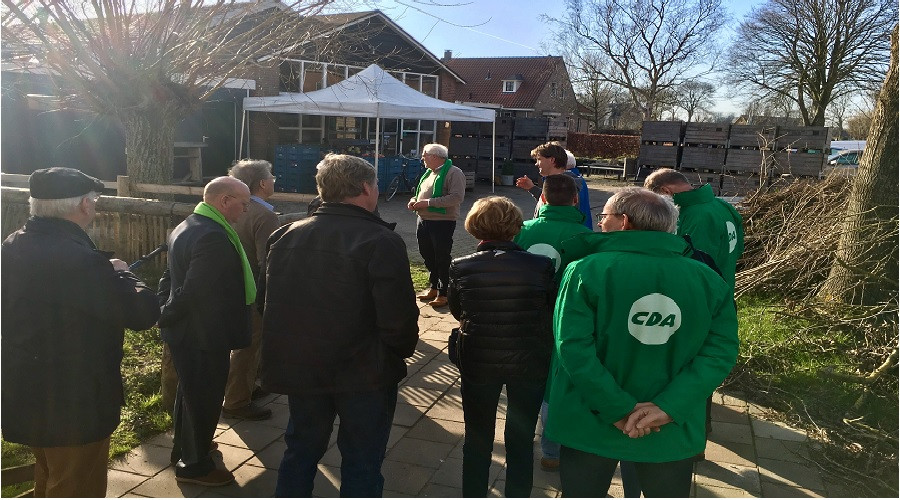 At the Provincial Council meeting last Wednesday, the CDA argued that there should be room for vital and sustainable agriculture. On behalf of the CDA, Jaco Kastelein submitted a proposal not to rely blindly on theoretical models of nitrogen objectives, but on a broader consideration of nature objectives with a place for agriculture.

Nitrogen problem
The current nitrogen problem in the Netherlands is caused by a large deposition of nitrogen in nature reserves. Formally, the nitrogen deposition must return to the so-called critical deposition values ​​(KDW), but this varies according to the type of nature. The Dutch Environmental Assessment Agency (PBL) concluded in a recently published report that in order to achieve critical deposit values, account must be taken of a necessary and historically unprecedented transformation of ‘farmland’ in the Netherlands . Strict nitrogen targets have very important consequences for rural areas, according to the PBL.

Chamber for agriculture
According to Jaco Kastelein, ACD member and dairy farmer, there must be room in South Holland for vital and sustainable agriculture. “In Zuid-Holland, efforts are being made to make the agricultural sector more sustainable. A sector which is also taking important measures to reduce nitrogen emissions. According to Kastelein, the province has an important role to play in identifying and putting on the agenda bottlenecks in conflicting political goals and therefore calls on the municipal executive to urge the central government to clarify. rules and tasks. “Farmers finally deserve to know what to focus on,” Kastelein said. “Because if we don’t focus on theoretical nitrogen goals, but on a broader consideration of nature’s goals with space for agriculture, there may be room in South Holland for agriculture. vital and future. The motion was passed by provincial council on Wednesday.