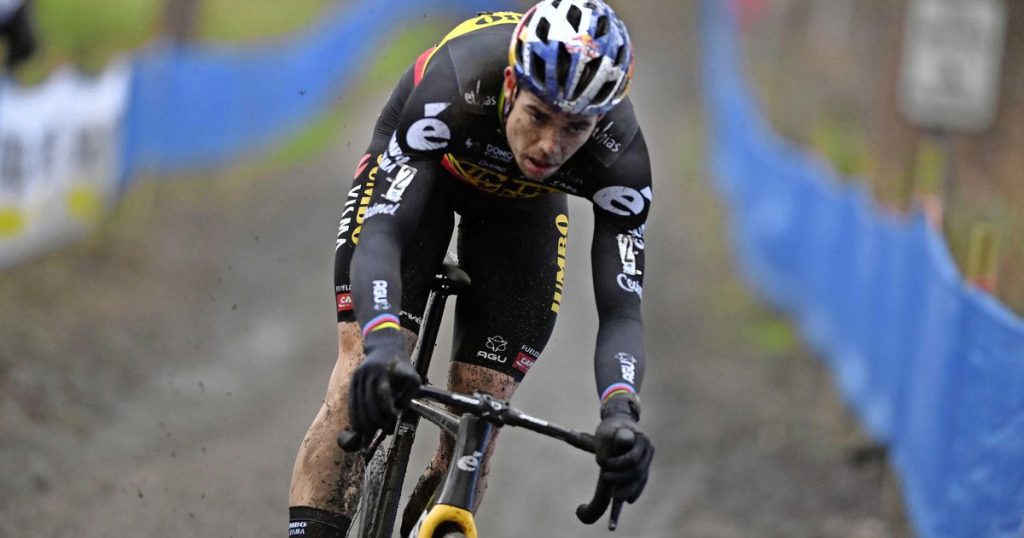 The Belgian confirmed this after the crossing at Herentals. Sunday’s Belgian championship will be his last cross of this season.

On Wednesday morning it was announced that Mathieu van der Poel was ending his cyclocross season and would therefore not defend his world title. “Will his decision change my choice for the World Cup?” No, ”said Van Aert before the start in Herentals.

Van Aert didn’t want to say more before the cross, but then confirmed that he was definitely fit for the World Cup. Instead, Van Aert will focus on the start of the road season.

“It’s hard to miss such a great race as the World Cup, but I now have four more weeks to prepare for the road season,” said Van Aert.

For the first time since 2014 (Zdenek Stybar), the Cyclo-cross World Championship will have a different winner from Van der Poel or Van Aert. The Dutchman was the best in 2015 and three times after that from 2019. In the meantime, Van Aert has won his three world titles. “I always intended not to participate in the World Cup,” said Van Aert. “We stick to the plan. As hard as it is now that I ride so well. Van Aert has started nine races this winter and won them all except one. On Sunday, material issues prevented him from also winning the Hulst World Cup cyclo-cross race.

Van Aert said it’s not just the trip to the United States that keeps him from chasing for his fourth world title. “Crossing is first love, but I want to be good on the road in the spring. We think it will be difficult to do both. After Sunday’s Belgian Championship you would then be mentally busy with cross country for three weeks, while you still have to deal with the jet lag for a while afterwards. “

Van Aert won the fifth cyclo-cross for the X2O Trophy. The Belgian Jumbo-Visma was by far the strongest at Herentals and reached the finish more than a minute ahead of Briton Tom Pidcock. The Belgian Toon Aerts, leader of the classification by time, finished third.

Van Aert saw the end of a seven-out-of-seven winning streak at the Hulst World Cup on Sunday due to a material failure. Van Aert is not eligible for the table because he missed the first two games.

Lucinda Brand won the fifth cross for the X2O Trophy. Cyclo-cross world champion Baloise-Trek Lions was once again clearly the strongest in Herentals and recorded her sixteenth victory of the season.

Denise Betsema was second 49 seconds behind the winner. Thanks to a bonus for the best lap, cyclo-cross Texel barely manages to remain leader in the standings. The difference with Brand went from 46 to 2 seconds. There are three other crosses in this competition.

Annemarie Worst finished third at Herentals. Manon Bakker was sixth at a considerable distance, followed by Ceylin del Carmen Alvarado. The former world champion is going through a mixed season and had material issues at the start of Herentals which meant she had to walk for a long time and lose the connection up front.

The brand has nothing to do with it. She was quickly affiliated with Betsema, who quickly took off, then left her competitor behind. “I didn’t think I could turn the switch so easily. I thought ahead: it’s going to be a mentally tough day, “Rotterdam-based Sporza said.” I wasn’t good at the start, but I was able to contain the damage. “

Betsema was disappointed as she lost extra time on the last lap due to a puncture. “The difference was too big anyway,” the Texel woman said, before returning to the island. The national title battle awaits her in Rucphen on Sunday, where she will meet Brand again.