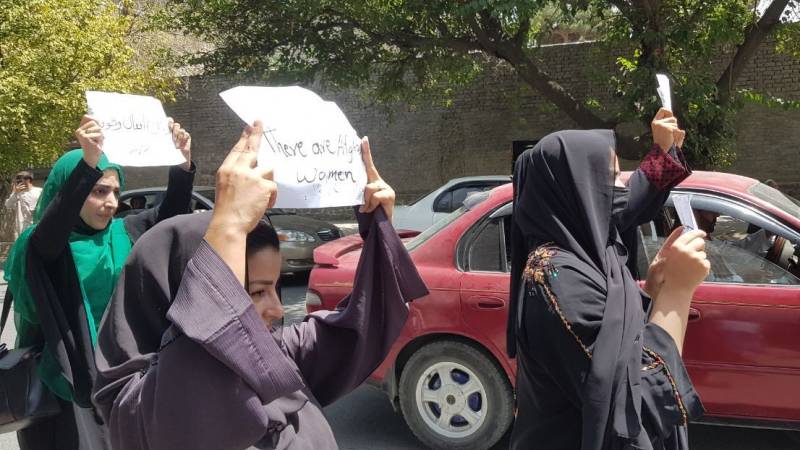 They are not even three meters apart. Afghan journalist Beheshta Arghand and Taliban press secretary Mawlawi Abdulhaq Hemad. For example, the whole world can see that the Taliban are interviewed by a woman on the Afghan news channel TOLONews. On the same day, they also call on women to join a new government.

It is an image that corresponds to the campaign that the Taliban have waged since they took power; show that they have become moderate. Women do not have to worry under the Taliban, assured a spokesperson during their first press conference. But a lot of women are worried. They no longer dare to express themselves and do not take to the streets as a precaution.

“I’m mostly at home. But it’s clear that we women are going to lose our freedoms,” wrote M. in a personal Instagram message from Kabul. There are hours, sometimes half days, between contacts. She replies, “It’s scary for women to go out now.”

“I feel empty inside”

Now that the Taliban has conquered Afghanistan, the future of Afghan women and girls is uncertain. The extremist group is known to be ultra conservative. Under their regime in the late 1990s, which lasted five years, girls were not allowed to go to school and women were not allowed to work outside the home. How realistic is it that the group has modernized?

Young N., who we also spoke to via Instagram, also has strong doubts. N.’s Instagram timeline is filled with cheerful and colorful portraits. Yesterday’s photo is different: she’s sitting there with her back to the camera. “I worked hard for my future. I gave everything for where I am now, but the Taliban want to destroy it. They want to take me back to 20 years ago,” the caption read.

In a personal message, N. writes that she no longer comes to her office and does not go out. She is skeptical of the Taliban’s promises: “They always broke their promises. We don’t believe it. N.’s posts express anger at the way the Afghans have been left to fend for themselves. “We are also people, we also deserve to have a good life.”

The Taliban have yet to knock on his door, as has happened in other provinces. But she sees them outside in the street. The future is bleak for N., despite what the Taliban say today. “I feel empty inside, like I have nothing left to live on.” She has no hope now, she writes.

At a press conference in Kabul, a Taliban spokesperson said that women’s rights are respected, provided they comply with Islamic law: