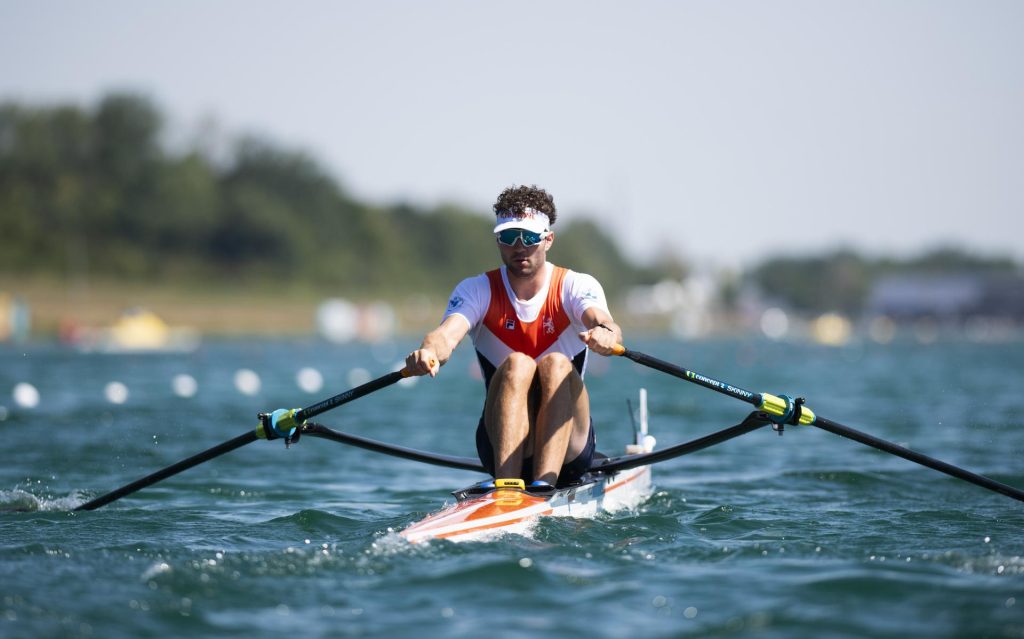 Supremely Melvin Twellaar won his semi-final at the world championships in the Czech Republic. The rower, born in Den Horn, will therefore start in the final on Sunday and will be able to write history by becoming the first Dutch world champion in the single scull.

Controlled, the rower from Aegir moves away from the rest of the peloton after 900 meters in the semi-final. With his long legs, he manages to get the boat to the finish faster with a lower stroke rate than competitors like Olympic champion Stefanos Ntouskos from Greece and Tokyo number two Norwegian Kjetil Borch. Twellelaar finishes in 6.48.04 almost three seconds earlier than the Norwegian who is second, followed by the Greek. Denmark, Canada and Poland are sent to the consolation round. German Olivier Zeidler won the other semi-final in 6.44.03, ahead of Briton Thomas Graeme and New Zealander Parry Jordan.

National trainer Eelco Meenhorst is satisfied with the Groninger run. ,,Melvin showed that he belonged in the final. He executed his plan well. The 25-year-old education student also sees room for improvement and is looking forward to Sunday’s final.

,,I see Zeidler and Englishman Thomas as the biggest contenders, but you don’t know. At the European Championships last month, the Greek suddenly showed up,’ Meenhorst reacts to Twellaar’s chances of winning the world title.

Execute your own strategy

Twellaar won the European Championships in Munich thanks to his strong final sprint. ,,As a skiff you can organize a tactical race, but you can’t come up with a tactic that works for all of your opponents. Since there are five opponents, you can only execute your own strategy that works best for you,” Meenhorst said.

“Melvin is very strong mentally. This is perhaps its strong point. He has a hard head. He will never give up. If you think you’ve caught up to it, you haven’t won yet. He always comes back. It’s very special. The majority of athletes can’t.”