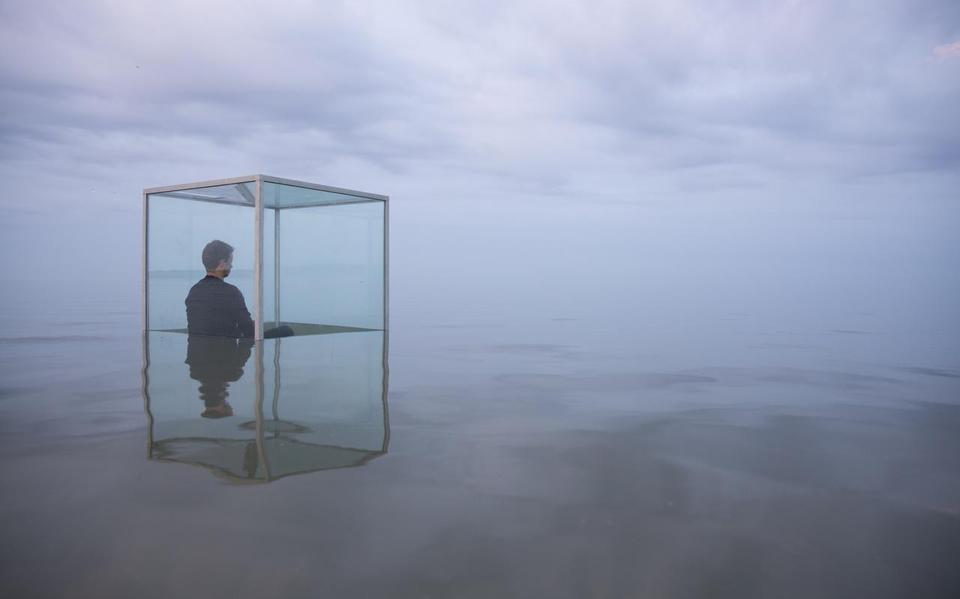 During our walk on Terschelling, I tell my children about the game of water, sand and nature. I am proud to explain what we have done in the Netherlands to be able to live in the delta. Sometimes to fight against the water with dikes and barriers, but also to cooperate with the water by inviting it and giving it space.

In the past, polders were flooded as part of a military defense strategy or to add nutrients to farmland. More recently, more space has been given to the river to prevent flooding of homes elsewhere. We are increasingly realizing that the natural system must form the basis of our water management strategy and that we must add our engineering knowledge to it.

With some concern, however, I also speak of what awaits us in the Netherlands and other coastal regions. The consequences of climate change are already noticeable: dry summers, forest fires and record temperatures. Stabilizing climate change is important to limit the impacts. However, even if we succeed in concluding the Paris Agreement and if climate change is limited to 1.5 or 2 degrees Celsius, adaptation to climate change is necessary. Adaptation to the climate is therefore inevitable.

Adaptation to the climate can be accomplished by resisting, advancing or withdrawing. It sounds simple, but in reality it is more complex. What is favorable to one may be unfavorable to the other. But also: a measure that limits short-term effects may be undesirable in the long term. For example, if after the installation of the dikes it is no longer possible to maintain and raise the dikes for lack of resources or space, or if the risk associated with a possible failure becomes too great.

There are four strategies for adapting to rising sea levels. First, protect by retaining water. This can be done by strengthening the current coastline and making it higher. Although this will not completely stop the salt intrusion. Sometimes there is no place for it.

Another protection strategy is to build a new coast in the sea; also out to sea Appointed. Protection can be done with hard infrastructures like a dike or a barrier, but can also be done with soft measures like dunes or salt marshes. These are also referred to as “natural” (nature-based) measures. They are increasing all over the world, although it is not yet clear whether this will always be sufficient everywhere, especially for densely populated areas. Then a combination with a hardware infrastructure is required.

Give space to water

A third strategy is to give more space and moving forward with the use of water and land. For example, by growing crops that are more resistant to wet or salty conditions. Either by building buildings on stilts or floating, or by constructing them in such a way that if water seeps in, the consequences are limited. These measures are often insufficient in the event of a sharp rise in sea level.

A fourth strategy is to move houses and buildings, also called Retract Appointed. Globally, this is inevitable in low-lying coastal areas. This strategy is often seen as a last resort and applied when the damage has already been done. Unsurprisingly, it is then perceived as “abandonment”. However, viewing withdrawal as a serious option and considering it in conjunction with other social goals and developments can lead to favorable long-term results.

The following also applies to adaptation: appearance better than cure. This strategy, complementary to the other strategies, aims to avoid development in risk areas and / or only authorize them if they are temporary or resistant to climate change.

Adaptation does not go alone. In the meantime, we are faced with social changes which increase the need for adaptation and sometimes hinder adaptation. Since many of these developments will remain noticeable for a long time to come, it is important to consider them in their entirety. Take, for example, building new homes in low-lying coastal areas. It requires more protection. Or the construction of wind turbines and solar panels, which can hamper sand extraction, reinforcement of dikes or water storage for climate adaptation.

Much is already possible. Yet innovation is essential for the task we face around the world. The best adaptation measure is probably mitigation: limiting climate change. Each additional warming is relevant and could mean meters of sea level rise in the long run. It’s a story that I love to tell my children when I enjoy the beautiful Dutch coast with them.

dr. Marjolijn Haasnoot is a scientist in climate adaptation and water at the Deltares Knowledge Institute and the University of Utrecht. She has developed an adaptive approach to prepare for uncertain climate change. Marjolijn is the lead author of the 6th IPCC Assessment and has previously written on the consequences of sea level rise for adaptation in the Netherlands.