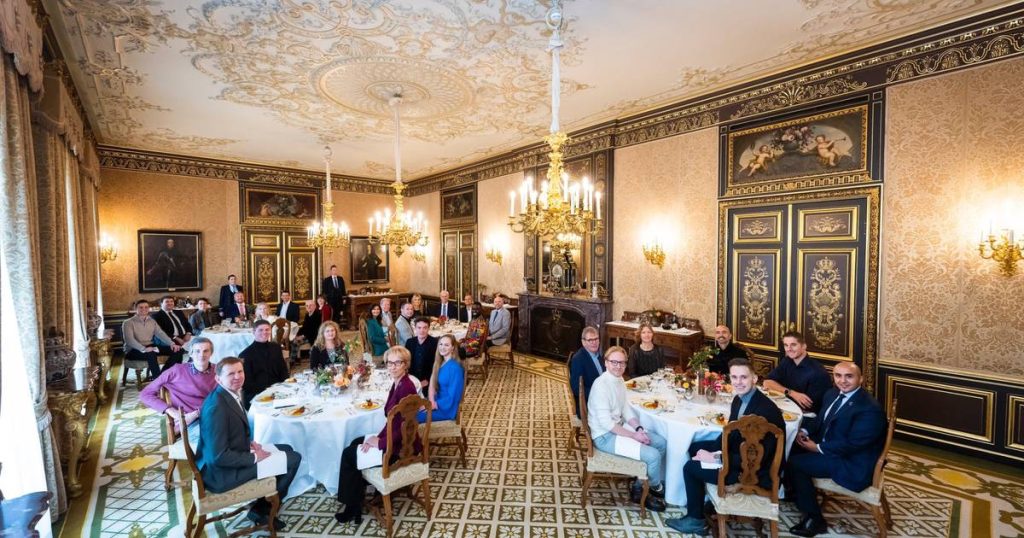 Also joined us were Alfred Schaffer, winner of the PC Hooft Prize for Best Poet, and Stef Biemans, who lives in Spain, who this year won the Silver Nipkow Disc for Best Program Director. Just like the magician Hans Kazàn, who had previously revealed by chance that he was invited (winner of the Fred Kaps Award, an important prize for illusionists) and the director of human resources Janine Vos (Top Woman of the Year 2021).

Willem-Alexander and Máxima wish to express their appreciation to the people who delivered a special performance by offering a special lunch. To concern here the full guest list.

At the end of October, the King and Queen also received 26 guests for a brilliant lunch at Noordeinde Palace. Among the guests were the European shoemaker champion, the freestyle football world champion, the architect of the year, the winner of the Golden Cookbook and several winners of the De Tegel journalistic award.