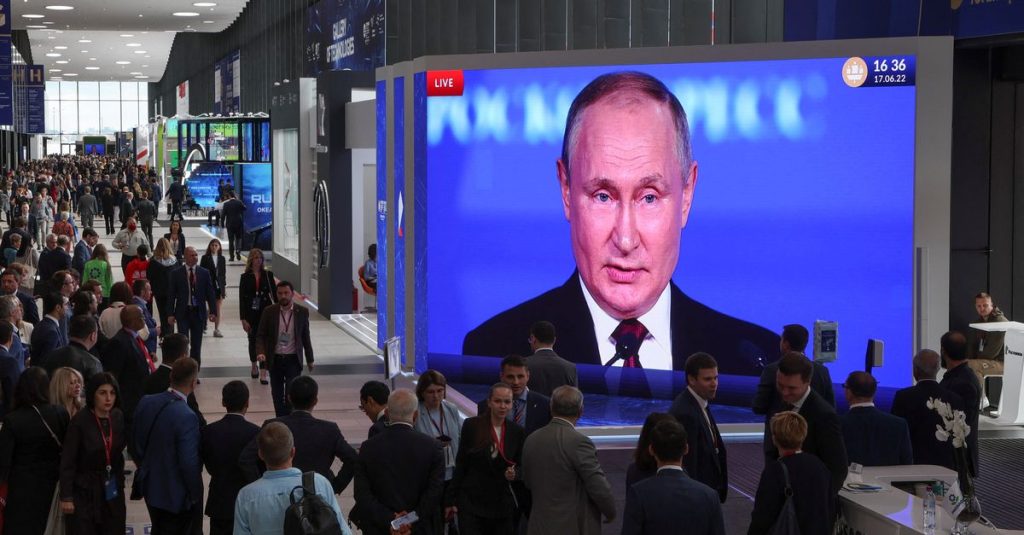 Russian President Vladimir Putin slammed the West in a lengthy speech at the Economic Forum in St. Petersburg on Friday. He accused the United States of treating other countries as “colonies” and said Russia had overcome sanctions well. According to the Reuters news agency, the dark predictions about the Russian economy are not true.

“There is no such thing as geopolitics,” Putin said in a statement. According to him, the EU has lost its ‘political sovereignty’. He accused the EU of printing money to fight inflation. He also denied that the economic problems currently facing many countries were caused by the Russian invasion of Ukraine. He reiterated his claim that “military action” was needed in order to destroy the country.

Putin plans to continue trading with Western companies that want more, he said. According to him, sanctions against Russia are aimed at destroying his country. “We are a strong people and can handle any challenge. Like our predecessors, we will solve any problem.

This article is part of our live blog: Putin: There is no objection to Ukraine’s potential EU membership