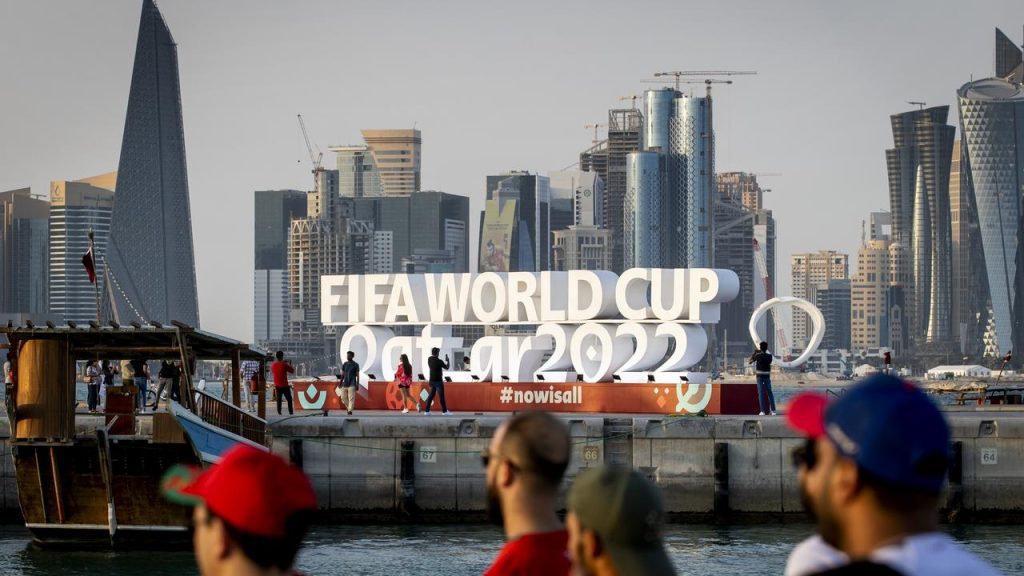 Never has there been so much discussion around a sporting event as with the World Cup in Qatar, which starts today. The mistreatment of guest workers and the violation of human rights causes unease for everyone involved. This also applies to broadcasters broadcasting the tournament. How does the Western media deal with this?

Initially, many media asked if they should report on the World Cup in Qatar. They understood it quite quickly: you can’t miss such an important sporting event. But this also applies to human rights violations in Qatar.

This subject therefore also receives a lot of attention, whereas the previous World Cups were mainly about football. Although it is not an easy combination. There has been a long discussion at the BBC over the content of the first World Cup broadcast, says former football player and presenter Gary Lineker iNews.

So the British broadcaster, which paid millions for the rights to broadcast the tournament, called for help. Lineker: “We spoke with the human rights organization Amnesty International, among others. They explained to us what sports wash means.”

Sports wash is a term used when a country wants to take care of its own image by organizing a major sporting event. “Sports wash only works if you don’t discuss human rights violations. That’s why we’re going to talk about it,” says Lineker. “At previous World Cups we have reported on the event in a light-hearted way, but this time it will be different. In the first episode in particular, we will give viewers a full picture of the situation in Qatar.”

In addition to football analysts, other experts are now joining us

In the Netherlands, the NOS is the dissemination agent. The public broadcaster had previously announced it as its journalistic task report on what is happening in the world. This includes the World Cup. But also the social side of the tournament. This is why additional experts join the team besides football analysts.

The Belgian, Scandinavian and German rights holders have opted for a similar route, by not only sending football reporters to Qatar. “We see the World Cup as an opportunity to bring the situation in Qatar to the attention of a wide public and to inform them,” a German ZDF spokesperson told NU.nl. “We will be present in Qatar with a small team. Our correspondent Golineh Atai and our reporters Markus Harm and Amelie Stiefvatter will explain the themes outside the stadium.”

Another German channel, ARD, will not stop at football either, said a spokesperson. “In addition to reporting from Qatar, it will be on talk shows like Heart aber Fair on human rights. With the approach of the World Cup, various documentaries and reports on the dark side of the tournament were also broadcast on the German channel. With catchy names like Money.Power.Qatar, Qatar – WM der Schande and Qatar, warum nur? the Germans do not beat around the bush.

But not all media are on the same page. In the United States, World Cup matches can be seen on FOX Sports and Telemundo in Spanish. FOX Sports announced that it would only report about sports. Ignore topics that have nothing to do with football.

In doing so, the channel is actually responding to FIFA’s call. The World Football Association recalled the 32 countries from the World Cup a few weeks ago to end focus on soccer. In a letter, President Gianni Infantino and General Secretary Fatma Samoura wrote that “football should not be dragged into all the ideological and political battles that exist in the world”.

FOX Sports appears to be one of the few outlets to have taken this call seriously.