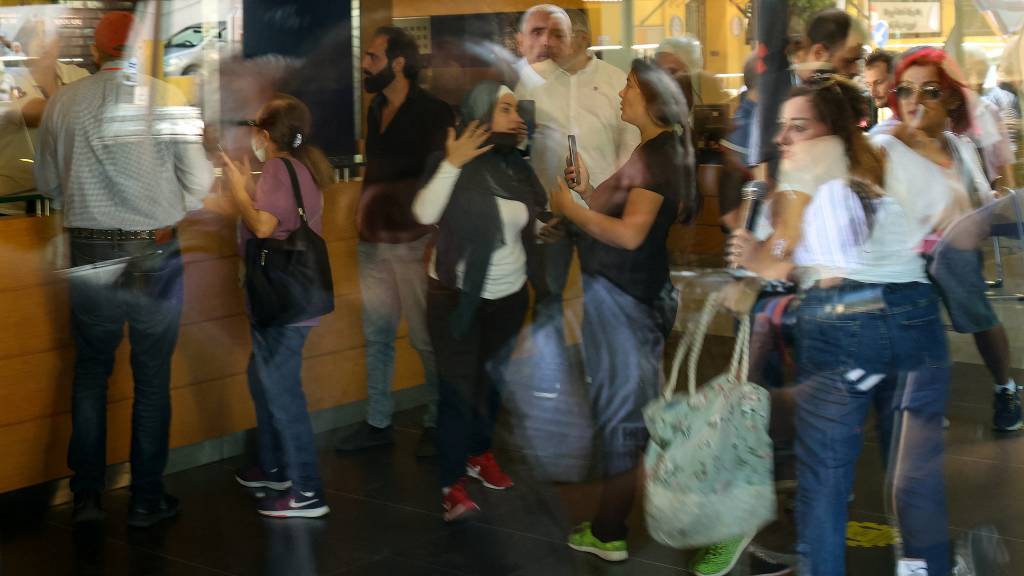 An armed woman and a group of supporters broke into a bank in Beirut, the Lebanese capital. She asked to be allowed to withdraw $13,000 from her savings. The woman said she needed the money to treat her sister, who has cancer.

Strict withdrawal limits have been in place in Lebanon since 2019. The country has been going through a severe economic crisis for years, with two-thirds of the population living in poverty. Bank customers are only allowed to withdraw about $300 at a time. The government wants to prevent people from withdrawing all their money from their accounts and the banking system from collapsing.

The woman who broke into the bank in Beirut this morning entered the manager’s office and demanded the withdrawal of her savings. She poured gasoline on the floor and threatened to set the building on fire.

According to eyewitnesses, she left the bank with a plastic bag full of money and fled. Some of the people accompanying him were arrested as they left the bank building.

There was already a similar campaign in another bank in Beirut a few weeks ago. A man then demanded $30,000 to pay for his father’s operation. He could only withdraw $300, when there was $200,000 in his account. The man would have finally received the 30,000 dollars. His lawyer immediately denied this, possibly to prevent further hostage actions.