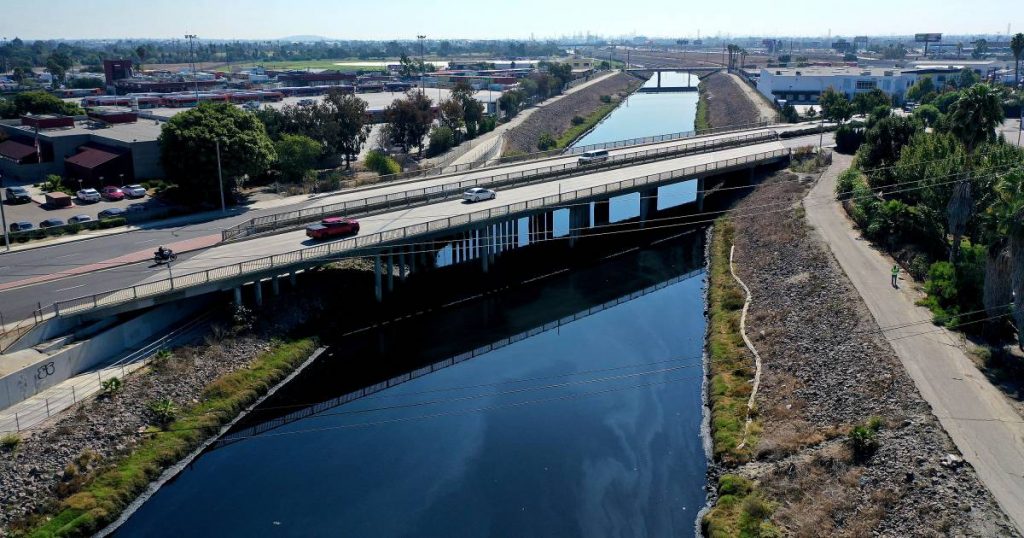 The inhabitants of the American city of Carson, California, have been plagued by an enormous stench for weeks. The smell, coming from the nearby Dominguez canal, has been described as “the smell of corpses”.

Carson City Council has declared a state of emergency. But frustrated residents say it takes too long to fix a problem that’s more than a nuisance. The stench is so unbearable that it makes them physically sick. The smell is said to have appeared because decaying vegetation releases hydrogen sulfide in the Dominguez Canal, a river more than 25 kilometers long.

Lakesia Livingstone, who lives in Carson, first smelled the scent when she took her son to his soccer practice. “It was like a rotten egg, terrible, very strong smell,” Livingstone said. The Guardian. “I was like, oh my god, something’s going on.”

Ana Meni, another resident of the city, says it’s not just a bad smell, but the problems are much more serious. “A smell doesn’t make you physically sick, with headaches, breathing problems, and rashes.”

US authorities are working on a solution to the problem. The gas levels would already be lower. Oxygen is injected into the canal water, an odor eliminator to reduce the stench.

More than 1,300 Carson residents have since been moved to hotel rooms. Hundreds more have left the area at their own expense, Meni said. But she still has symptoms. “My voice sounds a bit like a frog and my breathing is not normal,” she says.

The problem has been going on for weeks now. Local officials say they were first told of the stench on October 7. They are now reporting that the measures taken against the stench are helping. “We are seeing a downward trend in the hydrogen sulfide that causes this odor.”

Residents, however, are not happy with this. They are angry because they do not get clear answers. “Except they reduce the smell.” For example, they fear living next to a toxic landfill. “If you take the smell out, it’s still poisonous.”