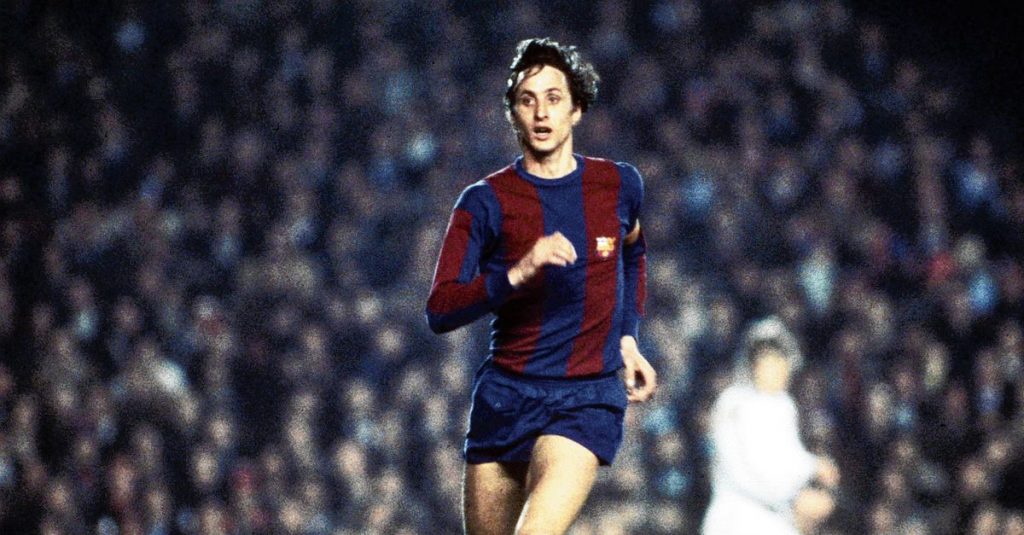 2009 was the most difficult year of his career for Andrés Iniesta. The 25-year-old FC Barcelona midfielder didn’t play badly, but for months suffered from mental health issues reminiscent of depression. At one point he felt so bad that he asked his parents if he could sleep in their bed. In addition to them, Iniesta has found the support and understanding of her employer. The club organized professional help and Barca coach Josep Guardiola encouraged him to quit training if he felt the need. “Don’t ask for permission, go for it,” the coach said. “You are important: you and you alone.”

The story of Iniesta’s depression returns in a new book on FC Barcelona by British journalist Simon Kuper, which will be published in Dutch translation on Tuesday. For Kuper, the club’s handling of the psychological problems of one of its star players symbolizes the sense of family in Barcelona. The Catalans dominated the biggest sport in the world at the time, but within the club there was room for friendliness, civilization and an interconnection rarely found in other top teams.

It was just one of Barca’s quirks that Kuper says made the club’s pretentious slogan more than a club (“more than a club”) was more than an empty phrase at the time. FC Barcelona also played football with self-taught players, was a beacon of Catalan anti-nationalist resistance and was the only club in the world with the name of an aid organization (Unicef) on its jersey.

In a story as long as it is entertaining, Kuper explains how FC Barcelona managed to do it, only to fall prey to pride and commercial temptations. That the author, who has followed Barça since the early 1990s and has spoken to many stakeholders, made the publication of his book coincide with the departure of Lionel Messi for Paris Saint-Germain, makes sense particular timing.

For Dutch readers who have never seen Johan Cruijff play or coach, the first chapters read as an introduction to the origins of modern football. It’s common among coaches to talk about ‘Cruyff’s legacy’, Kuper explains what that entails and how much recent FC Barcelona successes are part of it.

At a time when the defensive catenaccio was the norm, based on fixed positions and physical duels, skinny Cruijff invented ‘total football’ at Ajax, in which everyone attacked and defended. “The Ajax players were able to switch positions so easily that you couldn’t even talk about position anymore,” Kuper writes. “Ajax’s game has evolved into what Cruijff would call ‘controlled chaos’. […] He saw football as a geometry, a space game.

Johan Cruijff also became the great innovator of FC Barcelona from 1973. First as a footballer, who gave Barca dribbling, adjustments and above all direct confidence with a rare league title and victories over his rival, Real Madrid. But even more so as a coach (1988-1996), teaching the club the art of playing in a dominant position and the use of space. ‘Rondos’ started to determine the training sessions under his leadership, long races were a thing of the past. In 1992, Cruijff’s “dream team” won the European Cup 1.

Even more important than Cruijff’s influence on the first team was his renovation of youth education. He made The farmhouse “The university of the pass,” writes Kuper. “Exchanging passes with teammates was kind of a conversation, like musicians in a jazz combo communicating without a word. ”

And he paved the way for boys like Xavi Hernández, Andrés Iniesta and above all: Lionel Messi, who arrived in Barcelona at the age of 13. Before Cruijff got involved, La Masía selected like other clubs by the length. There was no room for small players. Cruijff believed Barcelona should be looking for small, technical footballers with a good overview.

Kuper’s book is not a tribute to Cruijff. He writes extensively about his quirks and shortcomings as a trainer. Without Cruijff, Messi’s Barcelona tiki-taka football wouldn’t have been possible, but neither with Cruijff as a coach. He was too capricious, too undisciplined and above all too fond of conflict for that. Guardiola is the one who transformed Cruijff’s ideas into a cohesive vision and abandoned his model of conflict.

He was helped by possibly the best crop a youth academy has ever produced, with Messi being the biggest star of them all. The Argentinian has won the Champions League four times with Barcelona and has become ten times national champion.

But FC Barcelona ended up believing in its own superiority. As other European clubs looked and pushed Cruijff’s ideas further, development in Catalonia was stagnating. La Masia stopped providing top talent and the club became increasingly dependent on Messi, who demanded an astronomical salary in return. A series of costly bad buys brought the club to the brink of collapse.

Even sadder is how the club sold themselves to fund their expensive roster. Unicef ​​disappeared from the front of the jersey in 2010. It was replaced by the “Qatar Foundation”. The club, which once revolved around local supporters, has launched all kinds of initiatives to gain as many fans as possible from all over the world. Barca have become a Disney version of themselves. FC Barcelona has long ceased to be “more than a club”, concludes Kuper. As he sums it up: “The club has become less and less important to more and more people. ”

A version of this article also appeared in NRC on the morning of August 17, 2021