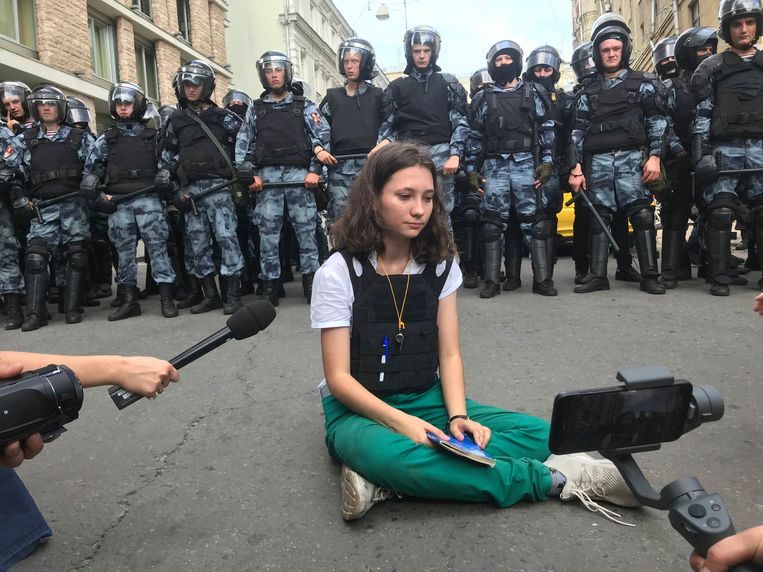 Misik, now 19, was sentenced on Tuesday, along with two activists, for hanging a protest poster and applying a pink watercolor to the entrance to the prosecution in August 2020. For the next 2 years and 2 months, she will be allowed to leave her hometown of Voskresensk – a town outside Moscow – not deserted and must be home between 10 p.m. and 6 a.m.

His closing speech in court is shared by critics of President Putin in the form of a pamphlet against the intensification of the repression by the authorities. Misik defended his choice to protest against “the fascist regime”: “I made the right choice and the right choice always has serious consequences in a totalitarian state”.

The restriction on liberty is a light punishment compared to prison terms handed down to peaceful protesters in recent months. But Misik does not accept the conviction she says was the result of her action in which she read the constitution: her lawyer announced that she would appeal.

For the past nine months, Misik has had to comply with restrictions on his freedom while awaiting the verdict. His studies at the prestigious Moscow State University were therefore under pressure.