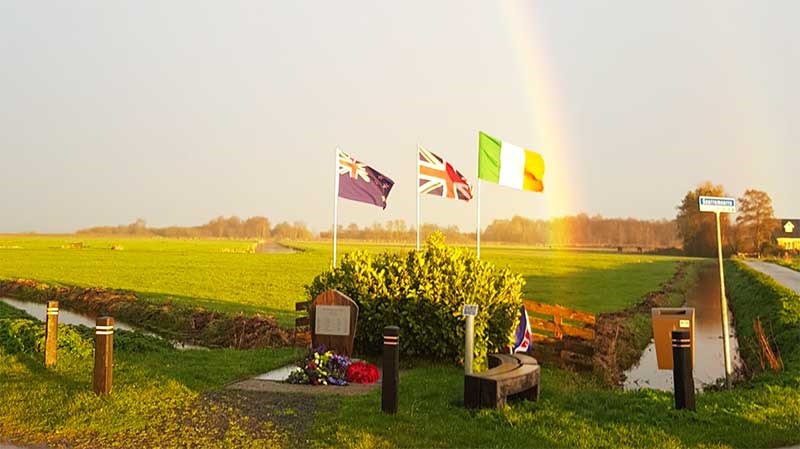 Exactly 80 years ago today, the Vickers Wellington X9976 aircraft was shot down over Soarremoarre between Akkrum and Aldeboarn. Six young people who fought for our freedom were killed. Three were from New Zealand, 1 from Ireland and 2 from England.
The annual memorial meeting at the monument was sober because of the crown and without the students of Aldeboarn primary schools, but Alderman Hedwich Rinkes, along with committee members, laid a wreath in memory.

The permanent memorial, a large boulder bearing the names of the RAF crew and explanatory notes, was unveiled during the 2010 commemoration. The closest relatives were present at the ceremony, as were representatives of the embassies of England and New Zealand. Lorraine Gray, daughter of late co-pilot Trevor Hedley Gray, was allowed to unveil the monument. After the unveiling, the company visited Gerrit Haagsma’s 40-45 Museum in Aldeboarn, which has wreckage parts including the original Wellington X9976 aircraft engine in its collection. The English plane was shot down by the German fighter pilot Helmut Lent.