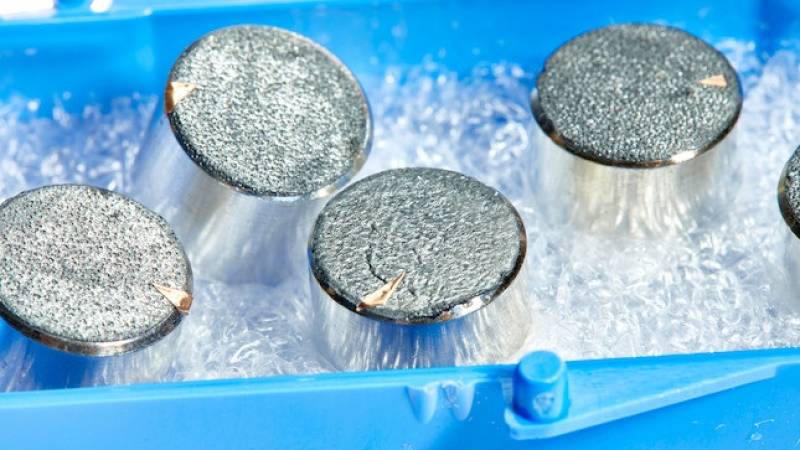 Five tubes with a minimal amount of moondust changed hands at an American auction for half a million dollars, or about 450,000 euros. It was unique that lunar grains went under the hammer: it is NASA policy never to sell lunar material. The fact that it was possible this time was due to a mistake made by the space agency.

The dust comes from the first shovels of lunar soil that Neil Armstrong collected during the Apollo 11 mission in 1969. Minutes after landing on the moon, he collected a emergency sampleso that the astronauts can take at least some equipment with them if the mission had to be interrupted in an emergency.

During this Apollo mission, 21.6 kilograms of material were finally collected, including the emergency sample of just under 500 grams. All of this material is carefully stored by NASA for research. However, the pouch in which the sample was taken was sold by NASA in the 1970s.

It wasn’t until 2015 that a shopper who had paid just under a thousand dollars for the sample bag realized what she had gotten her hands on. She asked NASA to confirm her suspicions. The researchers did indeed extract loose moon dust from the seams of the pouch.

NASA then sued the owner to recover the material: even the tiniest lunar dust was to remain in the hands of the government as national heritage. A judge finally ruled in favor of the buyer.

The owner sold the deflated bag in 2017 for $1.8 million. moondust itself was auctioned yesterday: auction house Bonhams presumed a value between $800,000 and $1.2 million.

This amount was ultimately not reached: after seven auctions, the monster was hammered at half a million dollars for an unknown buyer.