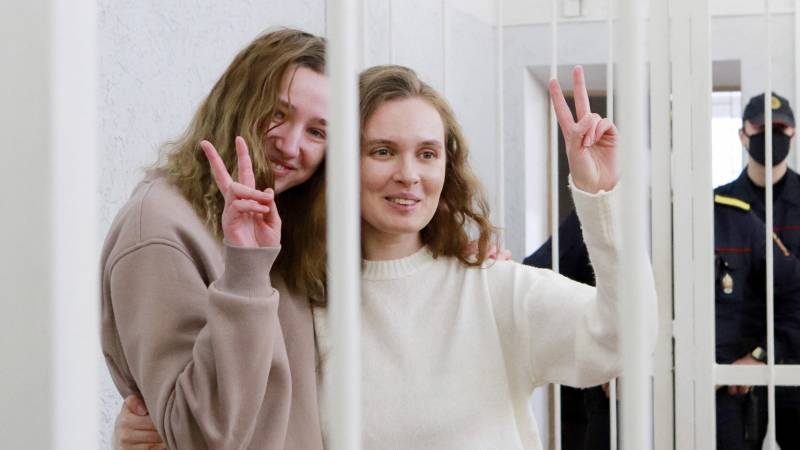 To date, 488 journalists have been imprisoned around the world, reports the international journalistic organization Reporters Without Borders (RSF). This is the highest number since the organization started keeping it on an annual basis in 1995. In fact, the number of journalists killed has risen from 50 last year to 46 this year.

This is the lowest figure for almost 20 years, say RSF. In 2003, less than 50 journalists were killed for the last time because of their work. This year’s figures were measured between January 1 and December 1.

The rise in the number of jailed journalists is mainly due to restrictions on press freedom in Myanmar, Belarus and Hong Kong, according to RSF.

In Myanmar, the army committed in February a coup, which sparked many protests. There are 53 journalists in prison, up from two in 2020.

In Belarus also erupted mass protests after President Lukashenko claimed he won the elections. There are 32 journalists imprisoned there, up from seven a year ago.

The arrest of Belarusian journalist Roman Protasevich on May 23, 2021 is the most striking here. His Ryanair flight was intercepted by a Belarusian fighter jet and forced to land in Minsk, after which he was removed from the plane and detained.

No more arrests in Hong Kong

For the fifth year in a row, China is leading the way in terms of jailed journalists. As of December 1, 127 journalists were in prison.

RSF reports that an increase in the number of arrests in Hong Kong more than offset a decrease elsewhere in the country. The total increase compared to last year is therefore 2%.

The introduction of a controversial security law restricts press freedom in Hong Kong. In June, the Apple Daily canceled under pressure from the Chinese government. Several journalists from the newspaper, including the editor-in-chief, were arrested.

The researchers also note that never before have so many female journalists been jailed as in 2021. That number is now 60, a third more than last year.

While the number of journalists murdered for their work has decreased slightly this year around the world, this was not the case in Europe. RSF cites the murders of criminal reporters as an example Peter R. de Vries in Amsterdam and his Greek colleague Giorgos Karaivaz.

Since 2015, few journalists have been killed in Europe. That year, eight editors were killed in an attack on the French satirical weekly Charlie Hebdo.