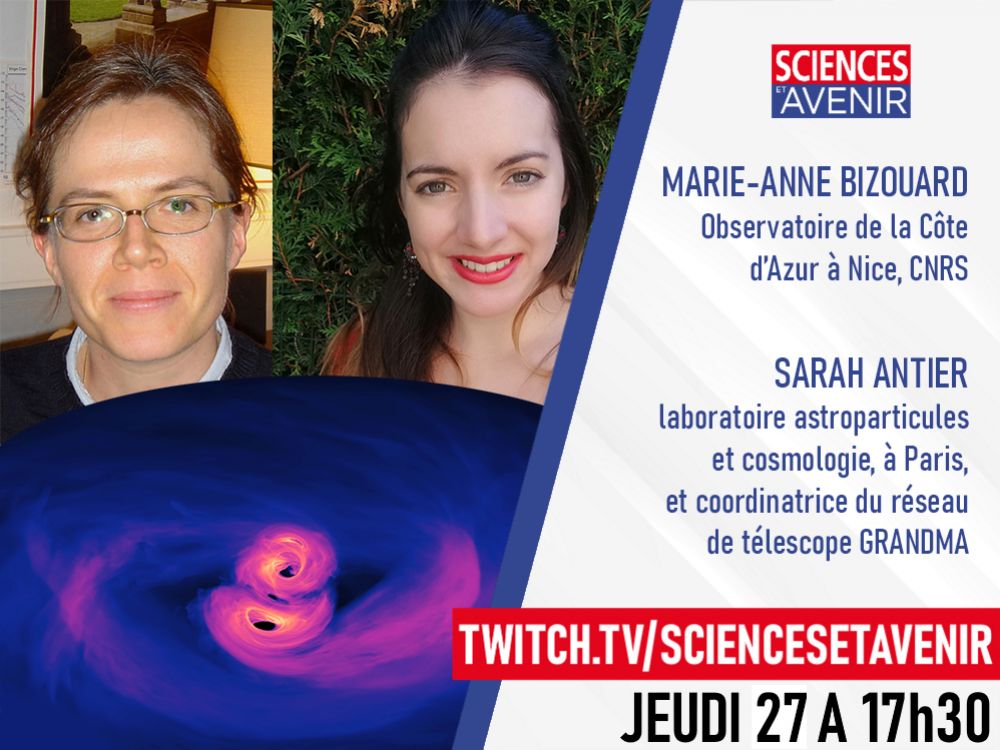 It is nothing less than an astronomical revolution that astrophysicists Mary Ann Bisoir and Sarah Antear subscribe to this openness to astronomy with many messengers. Historically, the first messenger from heaven was light. Countless photons from the universe reach us, mainly directly identifying the retina and revealing the night sky accessible to the naked eye. In 1610, the size changed when Galileo first used an astronomical telescope that revealed details not directly accessible, such as the rings of Saturn or the moons of Jupiter.

Over the course of four centuries, telescopes have developed and collect more and more light. But it was still light, that is, electromagnetic waves. During the 20th century, observers began to discover particles, like neutrinos, produced by nuclear phenomena. Additionally, extraordinary devices began to see gravitational waves in 2015, very subtle oscillations in space-time predicted by Albert Einstein in 1916.

About 50 gravitational waves have been recorded

The gigantic instruments capable of detecting these tiny vibrations are gravitational interferometers. One of them – the Virgin – is in service in Italy near Pisa and two others – Lego – located in the United States. By discovering these new vibrations in the universe, astrophysicists reveal stars hitherto invisible: black holes and other compact objects. In fact, the final dance of two black holes orbiting each other emits gravitational waves that travel through the universe and can be detected on Earth.

Today, five years after that initial discovery, these devices have recorded around 50 gravitational wave trajectories. Their analysis provides a better understanding of black holes and their rotation, as well as neutron stars. The combination of these findings with observations of different wavelengths and particles opens a new era in astronomy.

Visit our Twitch channel Science and the future

In 2017, astrophysicists imagined Kilonova with the rays from the fusion of two neutron stars, and its electromagnetic radiation was observed in 70 observatories in space and on Earth. To tell us this story and answer your questions, we have the opportunity to join us with Mary Ann Beasward, CNRS researcher who works at the Côte d’Azur Observatory in Nice, specializing in gravitational waves, and Sarah Antire, researcher at the Laboratory of Astronomical Particles and Cosmology in Paris and coordinator of the GRANDMA telescope network dedicated to multi-messenger astronomy.

Black holes, almost undetectable waves, kilonova, global coordination to understand the universe with a new eye, don’t miss this film Thursday, May 27 at 5.30 p.m. LIVE on our channel twitch.tv/sciencesetavenir Then in a delayed reset on the site Science and the future.