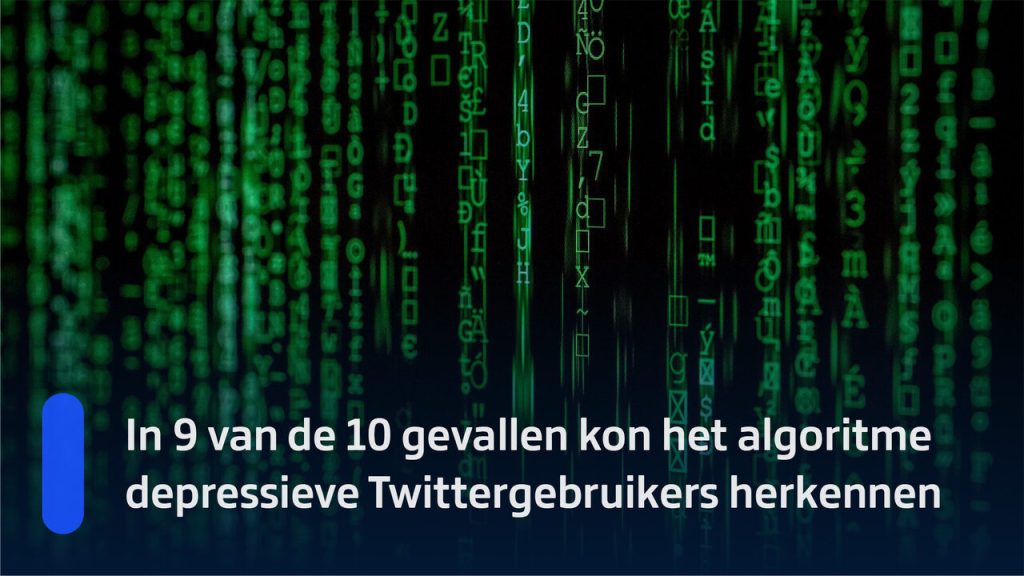 When you turn on the radio and listen to the voices on the air, you form an image of the person you are hearing. This is done, for example, on the basis of the voice, the words that are used and the way someone speaks. Does someone speak fast or is someone nervous: these are all factors that count in the formation of the image. “We do it implicitly, but it can also be scientifically explicit and that’s what’s happening here,” Krijn Schuurman says of the new algorithm†

This algorithm determines a person’s mental state based on 38 factors analyzed from a public Twitter profile. For example, the algorithm examines the content of messages and the amount of positive and negative words used in them, but also, for example, which emojis are examined. Additionally, the time a tweet is posted, the number of followers the user has, and the number of people the user follows are also taken into account.

“There is something to be said about the fact that if you analyze such a model and there is also a scientific justification behind it, you can draw conclusions from it,” says Schuurman. Apart from the fact that the algorithm can contribute to an early diagnosis of depression in a Twitter user, it could also be used as a tool for self-reflection. “Suppose you kept a diary, I would find it quite interesting what my language use at age 20 reveals about my personality,” Schuurman says.

What is the algorithm for?

“Researchers have now shown it’s possible. What it’s intended for is now out in the open,” Schuurman says. In this study, Twitter data is used because it is public and can therefore be easily collected and searched. But the algorithm is platform-independent, which means it can also be implemented on other social channels such as Facebook or WhatsApp in the future.

When it comes to new technology, the downside is easy. “Why is it used?” is the question, according to Schuurman. You may also ask yourself: who does the information from the new algorithm end up with? Whether you are the only one who can use it as a tool or your employer can also see the conclusions drawn by the algorithm, it makes all the difference.

The other side of the coin of new technologies

According to Schuurman, one must therefore be careful with new technologies. “Amazon, for example, used to use it in the past to analyze employees in warehouses. It’s actually a kind of surveillance and it’s also resulted in promotion or dismissal advice. We think that’s going too far.”

“Or think of a tax authority that does an analysis based on all kinds of characteristics and concludes if you might be a fraudster, then we would like to know how the algorithm works. So it’s a nice tool, but we have to make sure we use it appropriately,” Schuurman says.

This does not mean that there is also beautiful examples where an algorithm can be particularly useful. In other words: with new technologies, we always have to wait and see how they can be used, says the Internet expert: “A lot of great things are happening that we could no longer do by hand, but with the using these computers, we can.”

Schuurman refers to augmented decision making. “It means we’ll make better decisions, especially in complex situations. So people who have to process a lot of information can get help from computers.”