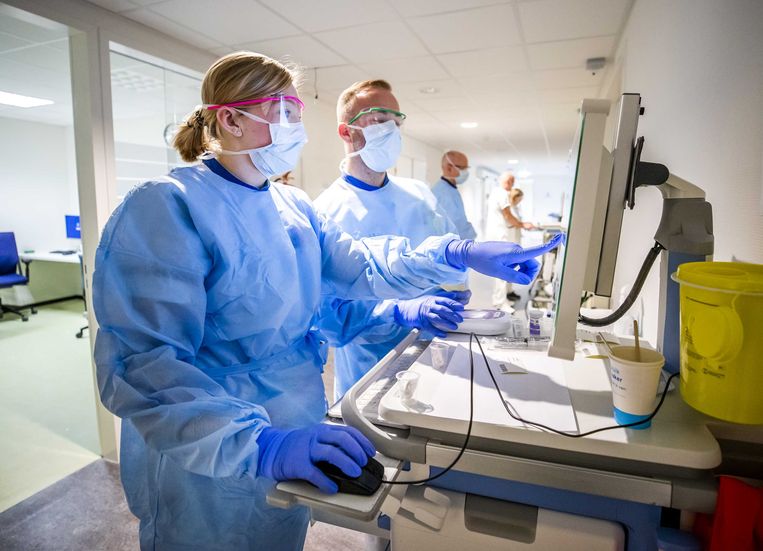 The British variant of the coronavirus has surfaced for the second time in the Netherlands, with the variant becoming much more contagious due to a few mutations. And again, this is an infection in the Amsterdam area. There are about ten days between the two cases and they cannot be linked to each other, explains Chantal Reusken of RIVM. “From there you can conclude that this variant is circulating in the Netherlands. It may still be very local, but there is more than an accidental introduction.

How were these variants discovered?

In testing laboratories, the collected nasal mucus is checked only for the presence of the virus. The PCR test used searches for characteristic pieces of the virus’s genetic code, but did not scan the entire 30,000 “letter” code. It would take days instead of hours. Since November, 21 laboratories have taken a random sample of 12 to 24 samples that test positive each week and send them to RIVM or Erasmus MC. There, the code is analyzed (sequenced). Last week there was someone’s UK variant that was tested on December 5th, so there was the second hit on Tuesday.

What does this say about the extent to which this variant occurs in the Netherlands?

In total, this involves about 500 readings per week, or about half a percent of positive infections. These two uncovered cases suggest that the British variant caused several dozen infections here, possibly a few hundred. But it is a fragile calculation. On the other hand, it would be a coincidence if we had distinguished precisely these two in the Netherlands, admits Marion Koopmans, professor of virology at Erasmus MC. “We don’t have an intensive tracking system here, but this variant is not as common here as in the UK, where it is the dominant variant in some areas. Then we would have picked up more.

The British are also sequencing a lot more. Why not us?

Earlier this year, the country invested £ 20million in a fine-mesh network to test this, Koopmans says. This allows the British to sequence five to ten percent of the viruses detected. “There was no funding for such a common application in the Netherlands. Following these incidents, it was also decided to intensify the search in the Netherlands.

The existing weekly samples will be expanded, says Reusken. In addition, it was discovered in Great Britain that some PCR tests do not detect this variant because they attack a specific piece of the genetic code which has disappeared from the variant. Koopmans: “When the British compared the results of different PCR tests, some were found to work in some cases and others not. So that had to be the variant.

This accidental discovery is in the process of being deployed. Erasmus MC, along with six other laboratories, will test 10,000 positive samples again in the coming week. The RIVM also asks laboratories – including commercial ones – if they have observed these differences in the types of PCR tests. Reusken: “There are more mutations where this difference occurs, but with this approach we have a preselection.”

What does all this mean for the epidemic in the Netherlands?

We don’t know much about this variant yet, but if the contagiousness is really much higher than what is currently estimated, then it’s concerning, says Koopmans. “Compared to the UK we have the advantage of being strictly confined here for some time. The measures which apply here should still be sufficient. Everyone sticks to it. But yes, the holidays are coming. If people then allow themselves to do anything, the virus will take its chance. ”

10 questions and answers about the coronavirus mutation

In the UK, a variant of the coronavirus is on the rise that is much more contagious. What does this mean for the epidemic or for the vaccine?