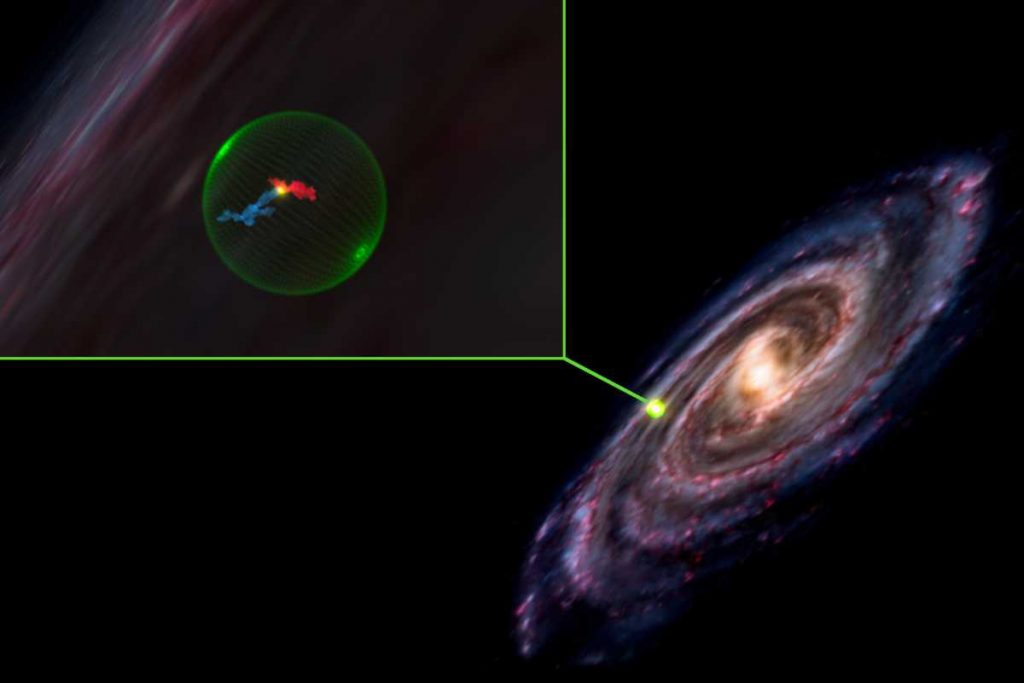 An exploding star drilled a hole in space nearly 500 light years ago 10 million years ago.

And oddly enough, we never noticed this huge void. But the Gaia Space Observatory has now made the void visible. And in doing so, the observatory gives us better insight into star formation.

The power of 3D
Gaia aims to create a 3D map of the universe. That such a 3D map can radically change our view of the universe is shown by this new research. Scientists used Gaia’s data to create a 3D map of two molecular clouds that we previously only knew in 2D. “We have been able to observe these clouds for decades, but we did not know their true shape, depth or thickness,” said researcher Catherine Zucker. “Now we know exactly where they are.” And by determining the exact position of these molecular clouds, a mysterious void in space was also discovered at first glance. Molecular clouds – called Perseus and Taurus – seem to embrace this spherical void.

Supernova
But how did this mysterious void come about? Researchers have some ideas on this. They suspect that at the heart of the globular void once stood a massive star, which exploded about 10 million years ago. The explosion sent gas and dust in all directions. And the clouds of Perseus and Taurus are made up of remnants of that thrown gas and dust.

New stars
Research is radically changing our view of these molecular clouds. So, in fact, they are not two separate objects. Instead, they appeared simultaneously. In addition, we see that in today’s two molecular clouds, new stars are formed from gas that became available millions of years ago thanks to a supernova explosion. “This shows that when a star dies, the supernova sets off a chain reaction that ultimately leads to the birth of new stars,” said researcher Shmuel Bialy.

It’s fascinating to see what secrets the universe reveals when viewed in 3D. And there is still a lot to discover. For example, in molecular clouds such as Perseus and Taurus. “There are a lot of theories about how gas reorganizes to form new stars,” Zucker said. “Astronomers have tested these theoretical ideas using simulations in the past, but now, for the first time, we can use real – not simulated – 3D images to find out which theory works best.”