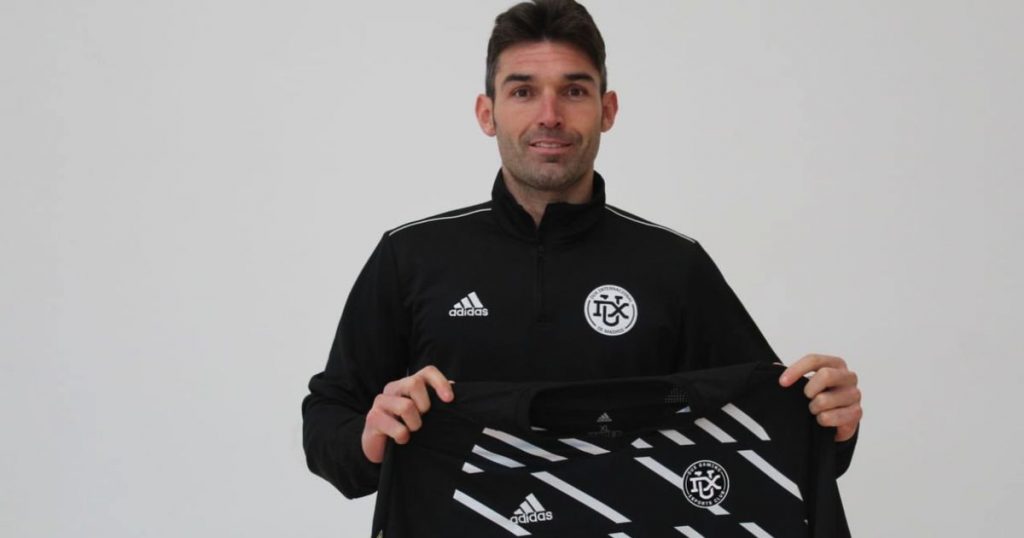 The 37-year-old officially signed this week for club Segunda B DUX Internacional de Madrid, in a deal funded entirely through the use of bitcoin, the digital or virtual currency that uses peer-to-peer technology. to allow instant payments. make.

The club have yet to reveal the full value of the deal, but Barral’s decision was ‘made possible’ by Spanish club sponsor Criptan.

Criptan is a local platform for buying and selling digital coins, reports CryptoAdventure. In a social media post, Internacional welcomed the veteran striker and immediately thanked his sponsor. “David Barral, our new DUX Internacional de Madrid player, welcome to this great team!” the club wrote. “This will be the first purchase in history cryptocurrency. Thanks to Criptan, our new sponsor, who made this possible.

“Happy to be a part of the @ interdemadrid project with my ambition and I recognize my responsibility to continue to compete and meet important challenges in my sports career,” he wrote on his official Twitter page.

In December, Russell Okung of the Carolina Panthers became the first high performance athlete in the United States to be paid in bitcoin.

Okung, who will receive exactly half of his NFL salary in cryptocurrency, has encouraged other professional sports stars to do the same. “Money is more than a currency; it’s power, ”Okung said in a statement. “Part of that power is how the money is managed, from creation to distribution. Getting paid in bitcoin is the first step out of the corrupt and manipulated economy we all live in. “

The NFL also contradicted the fact that he is paid in digital coins. “He’s just paid in US dollars. It has people who convert money into bitcoin. “

The most important football information such as interviews and previews every day.