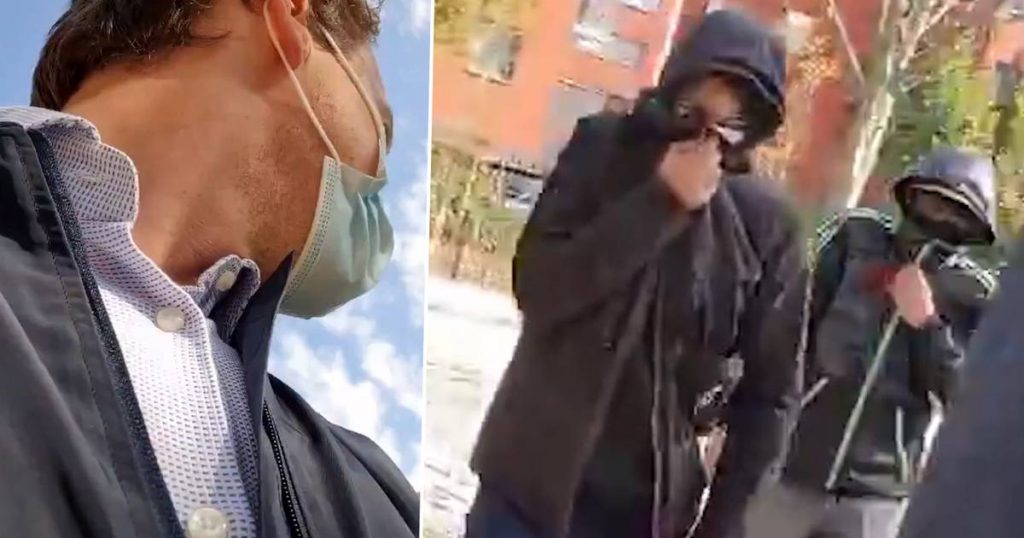 A Brussels MP made a video showing how he was mistreated in broad daylight in Brussels by a number of young people. “I was assaulted, beaten, beaten and almost robbed,” says Mathias Vanden Borre of the New Flemish Alliance (N-VA). The deputy was able to flee, but was injured. Police confirm the story and investigate.

The incident happened yesterday around 5 p.m. in the district of Essegem, on the border of Jette and Laken. “I was visiting a photographer with my wife and seven-day-old son. When my wife and my son were still inside, I went for a walk, ”says Vanden Borre. The member lives nearby and knows the area.

“Suddenly six to seven young guys came after me. They started yelling at me, intimidating me. I picked up my phone and started filming. Then they got even closer. First I was kicked to the side and then a hit to the jaw. One of them tried to steal my phone. Then I started to walk.

Vanden Borre tried to flee, but the young people followed him. “Then I walked another 500 meters and called the police.” According to the deputy, they were already there after a few minutes with different units.

Ringing in the ears

“My jaw is swollen and I suffer from ringing in the ears,” says Vanden Borre, who visited a doctor this afternoon and is unable to work for three days. He has no idea why the youngsters attacked him. “They came out of nowhere after me.”

A police spokesperson confirms that an investigation is underway. It is not known if the perpetrators have been arrested. “A policeman immediately recognized one of these guys in my footage. So I suspect they are known to the police, ”said Vanden Borre, who reported last night.

He hopes the recorded images, which he also posted on social media, will help identify his attackers.

Unfortunately, we are unable to display this social post, live blog, or otherwise as it contains one or more social media elements. Accept cookies from social networks to always display this content.