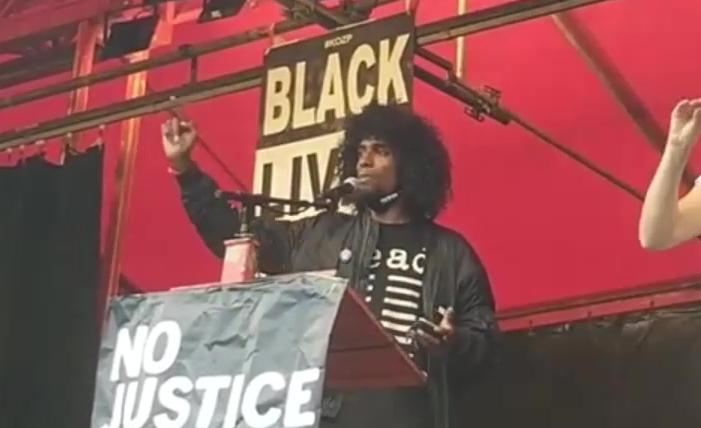 The followers of BIJ1 are called upon by the leaders of the party to support Sylvana Simons even more passionately from now on. Because, they say, “an entire Afro-Surinamese black woman” becomes “a terrible, poisonous, patriarchal and therefore dangerous white space. […] Enter. “It doesn’t get more hateful, racist and disgusting than that.

Daryll Ricardo Landbrug was number five on the Bij1 electoral list in the last parliamentary elections. It’s bad enough, but this deranged racist legend only makes matters worse, despite the fact that this hateful villain thankfully didn’t win a seat himself. Because Landbrug posted a special message on social media for party supporters, leader Sylvana Simons will soon be a member of parliament. This message is simply nauseating. Shocking. Disgusting.

“I hope you realize”, writes this hateful Dutchman: “that one black Afro-Surinamese woman must enter a terrible, toxic, patriarchal and therefore dangerous white space. Realise that. She does all of this for us.

“Sylvana literally told us last night in a closed circle in Rotterdam that she was not just sitting there in front of us, but BY us. All. Let’s raise hell. From now on, all those who voted for our movement are responsible for its position. Look at it like that. Connect. “

All these parties in the House of Representatives are constantly angry with Thierry Baudet and his Forum for Democracy. Baudet only has to say something once, especially something about race, and oh, oh, oh, they all go crazy. Racism! Discrimination! To hate! It pits groups of people against each other!

But then such a Landbridge just walks by and really talks about racist shit. And the answer to that of all the virtues in politics? Dead silence. It interests them all no pocket.

What a hypocritical waste. And how incredibly disgusting that BIJ1 walks into the Chamber. So get your chest wet: in the coming period BIJ1 will incite the country much more often with horrible and sweeping lyrics.