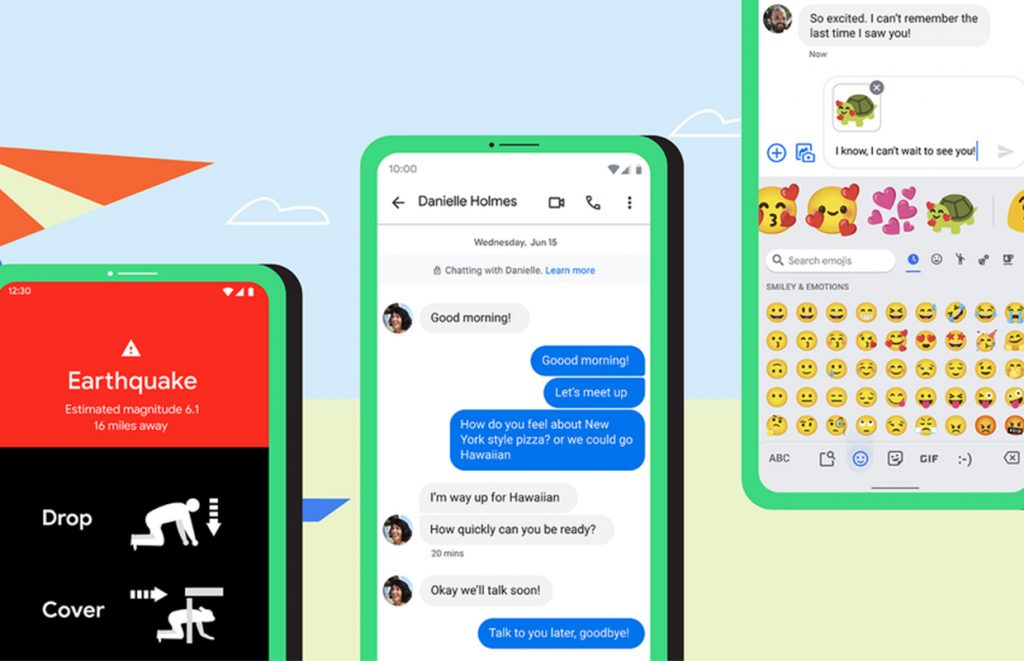 Google will add 6 new features to Android this summer. These functions are separate from a new Android version and will therefore be widely available on almost all Android smartphones.

Google adds new features to Android every year to make the user experience as refined as possible. This summer we see 6 new functions, which will be widely available on almost all Android smartphones. We list them for you.

In 2020, Google started building the world’s largest earthquake detection system. Thanks to this system, users of an Android smartphone will automatically receive a notification just before an earthquake hits their location. Those crucial seconds can save lives.

Google recently launched the alert system in New Zealand and Greece. From June 15, 2021, it will also be available in Turkey, the Philippines, Kazakhstan, Kyrgyzstan, Tajikistan, Turkmenistan and Uzbekistan. Google will add more countries in the future.

2. Add stars to important messages in the messaging app

3. Find the best emoji sticker at the best time

In May, Google introduced a new “recently used” section in the emoji sticker picker, so you can easily find a frequently used sticker.

Contextual suggestions will appear in this section soon to help you find the perfect emoji for the perfect occasion.

Context-related emoji stickers are now available in the Gboard beta. This summer, the feature will be widely available for messages in English, Spanish and Portuguese for smartphones running Android 6.0 and later.

From now on, have Google organize some things in several of your favorite apps. For example, you can say things like “Hey Google, pay my Capital One bill” or “Hey Google, check my Strava miles”. To find out what else you can do, say “Ok Google, shortcuts”.

Thanks to Android’s voice control function, people with disabilities can easily control their smartphone by voice. Thanks to the new eye detection function, voice control only works when the user is actually looking at the screen. Users can now also enter their passwords by voice.

Users can now further customize their Android Auto experience. For example, there is a new dark mode, which can be set manually. In addition, the Android Auto launcher screen can be changed directly from your smartphone. The search for specific content has also been made easier.

There are also all kinds of new apps available for Android Auto which should make driving a lot easier. Think about apps that show the nearest charging point for electric cars. And that’s not insignificant: you can now easily send a WhatsApp via Android Auto.