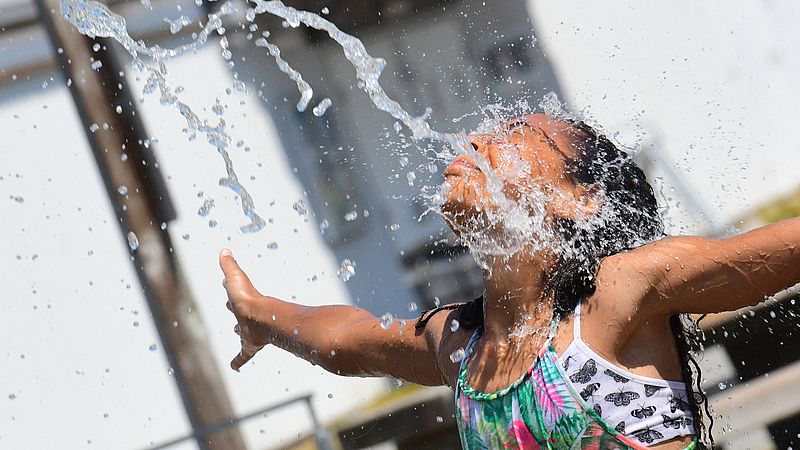 In Canada and the United States, heat record after heat record is broken, it is extremely hot. “But we won’t have 50-degree temperatures in the Netherlands just yet,” meteorologist Johnny Willemsen of WeerOnline said.

In the village of Lytton, near Vancouver in Canada, it was nearly 50 degrees last week. The country’s weather records have been broken by several degrees. A little side note: the existing recordings are also from some time ago, says Willemsen.

It was 39 degrees in the Canadian capital of Vancouver and 42 degrees in Seattle in the northwestern United States. This had never happened before. “The region is not prepared for this, you can see it now,” says climate researcher Geert Jan van Oldenborgh, who works at KNMI.

It was announced this morning that a major wildfire has destroyed all 350 homes in the town of Lytton. There are no reports of victims of the fire yet. More than 100 people have now died from the heat in the Vancouver area, especially the elderly.

Fortunately, we in the Netherlands do not have to prepare for temperatures of around 50 degrees just yet. Although it is also warmer here. “We broke a heat record 2 years ago, with a sharp increase. The record was 38.6 degrees for a long time, but in July 2019, the mercury rose to over 40 degrees”, recalls the meteorologist. Willemsen.

However, the current heat in Canada has developed differently from that of our country. “In the Netherlands, a heat wave is caused by the influx of warm air from the south, and then all conditions have to be ‘good’, such as little wind and high temperatures. In the current climate, five summers may pass before we can have another in the Netherlands. ” break the record, but it could also be in two weeks. In Canada, the heat has occurred in a mountainous location, due to the air that cannot escape. A so-called ‘heat bubble’. “

“Climate change is a major cause of extreme heat in Canada, but such a large temperature jump is not yet fully understood,” says climate researcher Van Oldenborgh of KNMI.

With a group of scientists, he is studying how it is possible that it suddenly becomes several degrees higher. Yesterday, for example, they were working on the influence of last spring’s drought and its impact on the heat of a heat wave.

Van Oldenborgh hopes that research into the heat in Canada will allow us to find out whether we will also face these types of heatwaves in the Netherlands. “Scientifically, it’s very interesting, but it’s also the deadliest natural disaster ever.”

“Last summer you also saw a spike in excess mortality in the Netherlands. According to CBS figures, around 600 more people than usual died in the weeks of the heatwave. It has remained between 30 and 34 degrees. This is not the case. on all these days. even more exceptional temperatures in the Netherlands, but the heat persisted for an unusually long period. “