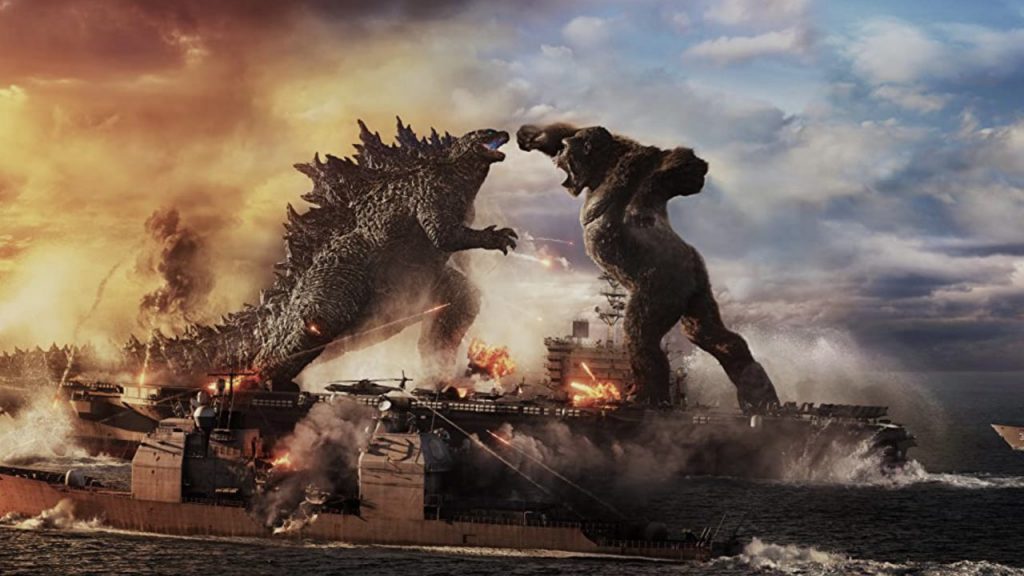 The third step of the government includes an easing around the cultural sector, which means that cinemas can open. For now, the question is whether the third stage of relaxation comfort can already start on May 26. He The Outbreak Management Team (OMT), for example, has already said easing should be temporarily halted if it appears that hospital admissions will increase again in the near future.

Nevertheless, we hope that the relaxation will come relatively soon. That’s why we’re already looking a little ahead of what we can expect on the big screen when theaters reopen. You should therefore not miss these five films as soon as the theaters open.

We’re starting with a blockbuster that’s huge, literally and figuratively. After years of building with three movies, it’s finally time for Battle of the Titans and of course you have to experience it on the biggest screen you can find. It is a film for which the term blockbuster was coined.

Two giant titans clash in the film after Godzilla suddenly begins to show strange behavior. The film is already available in the United States on HBO Max and the film appears to be well received. Do not miss the slugfest of the century because it is one of the first films to come to the cinema when the theaters reopen.

Plus, recent Oscar winner Nomadland shouldn’t be missing once the theaters reopen. This film tells the story of a woman who changes her life completely when her husband dies. She decides to travel the United States like a nomad.

The film won awards in April at the Oscars for Best Picture, Best Director and Best Actress, while the film was also nominated for three other awards. Chloe Zhao directed the film and made history with her Oscar victory. Zhao is also the director of The Eternals, the new Marvel movie to be released later this year.

Those who prefer a hard-hitting action flick may be ready for Nobody as soon as theaters reopen. This new action film is reminiscent of John Wick, but with Bob Odenkirk in the lead role. Of course, we already know Odenkirk from his role as Saul Goodman in Breaking Bad and Better Call Saul, but he now takes on a completely different role.

As Hutch “Nobody” Mansell, he is a former CIA assassin who is being pursued by a Russian Mafia boss. This turned out to be a big mistake, as no one can be lured out of the tent like this. What follows is an hour and a half of pure action where you dive from one hilarity to the next.

4. Judas and the Black Messiah

Judas and the Black Messiah is also worth a visit. Hailed as one of the best films of the year this year, the film is the biographical story of Fred Hampton (played by Daniel Kaluuya who also won the award for Best Supporting Actor for his acting skills at the Oscars). It’s the performances of Kaluuya and Lakeith Stanfield that take the film to the next level and for that alone, the film is more than worth watching.

Yet the story itself is also incredibly relevant in today’s social climate. In addition, the film is also enjoyable when it comes to music. After all, the film won the award for Best Song for a reason. Just keep in mind that Judas and the Dark Messiah won’t be released until June 3, a week after theaters reopen.

5. Mugen Train of the Demon Slayer

Demon Slayer Mugen Train will also be released a week later (June 3), but can also be included in this list of movies you must watch when theaters open. This film is a direct sequel to a popular anime that was already voted Best of the Year in 2019. With the second season later on the schedule this year, it is therefore important that fans of Tanajiro and his fellow Demon Slayers see it in action on the big screen.

The film has already broken several records last year and it’s not entirely unexpected. Demon Slayer Mugen Train brings a great story in combination with some excellent animation arts that many studios in the West can learn from. Fans are eagerly awaiting the release of the film (which was heavily distributed by COVID-19) as several sites were shut down after it became clear the film would be released on Blu-Ray in mid-June.

You should check out these movies when theaters open

These are the five films that we think you should watch when theaters open in the Netherlands. If it doesn’t happen that the theaters open on May 26th, we’re still hopeful that it will happen a week later, so suddenly you can check out all five of them. Let us know in the comments which movies you want to see on the big screen!