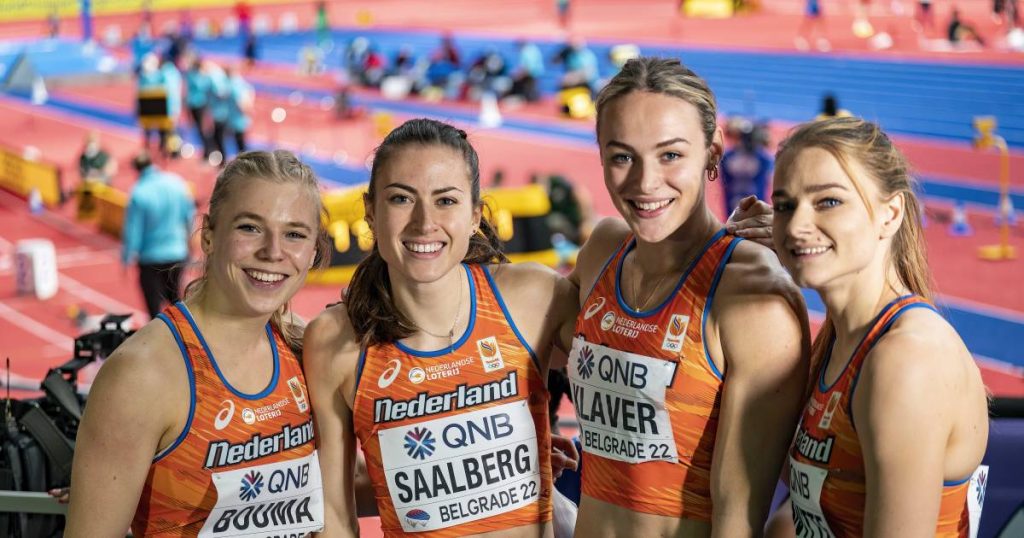 Athletics World ChampionshipsThe Dutch women’s relay reached the 4×400 meters final at the world indoor championships in Belgrade with the second time. Lieke Klaver, Eveline Saalberg, Andrea Bouma and Lisanne de Witte did it in 3.29.36. Only the USA team was faster: 3.28.82.

Femke Bol was spared for the final which will take place at 7:40 p.m.

Liam van der Schaaf reached the 60m hurdles semi-finals. With his time of 7.72, he did not finish in the top three of his heat. But Van der Schaaf was one of the fastest six times to join the eighteen directly ranked athletes.

With his time, Van der Schaaf equaled his personal best. The semi-finals begin at 5:05 p.m.

The Americans missed the final, for which Spain qualified with the fastest time (3.06.98). The Czech Republic and Belgium teams were also faster than the Dutch. The men’s final is the conclusion of the world title fight at 7:55 p.m.

The Netherlands, as well as the reigning European women’s champion, are missing Liemarvin Bonevacia, who had to retire shortly before the World Cup with a hamstring injury.