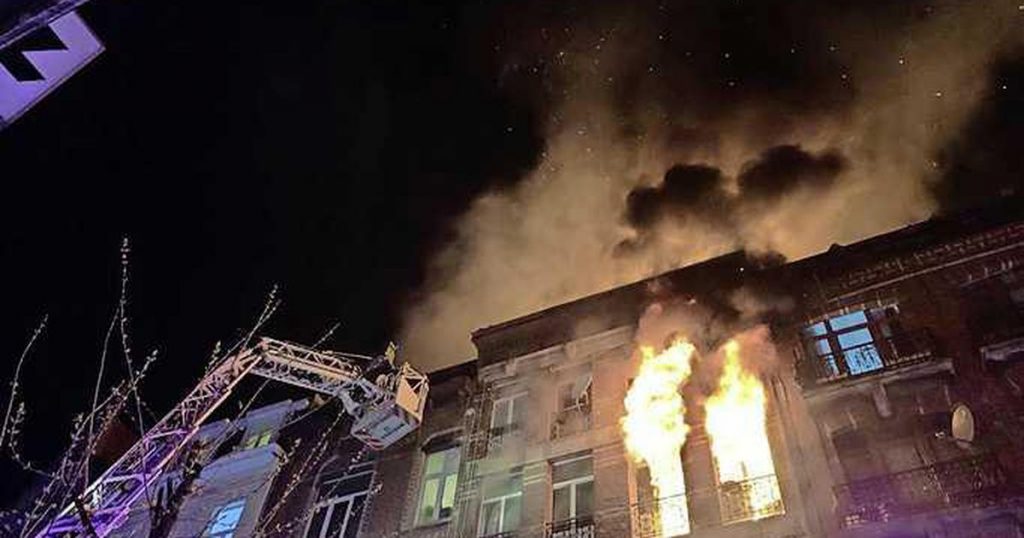 The fire in the four-story residence was noticed around 3 a.m. “When we arrived, a fire had already started from one of the apartments,” explains firefighter spokesman Walter Derieuw. It is an apartment building with four floors and a rear building. A number of residents had already taken to safety, but others had to be evacuated by firefighters.

Three of the four injured firefighters were engulfed in smoke, a fourth suffered burns to his neck and upper back.

As the building has already been badly damaged by the fire and some cracks are visible, there is a risk of collapse and firefighters have not yet been able to enter the houses. It is therefore possible that the number of victims is not yet final. Several surrounding houses have been evacuated and dozens of people are received.

It is not yet clear how the fire started. “It’s too early to say that,” says Derieuw.

Rescue and emergency services are on site. The mayor of Anderlecht, Fabrice Cumps, is also present.