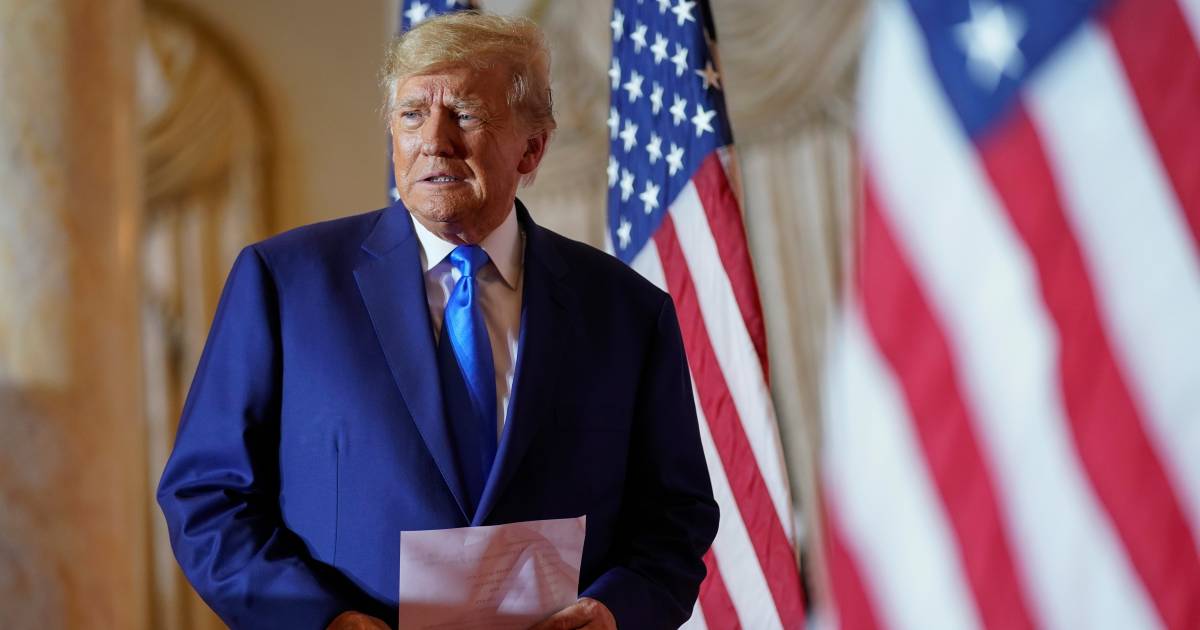 The United States House of Representatives has released Donald Trump’s tax returns for the past few years. It shows that the former president only paid $750 to the taxman in 2017. In 2020, he didn’t even pay any taxes at all. Democrats believe that the US tax authorities did not sufficiently verify the declarations.

What has now been released is a redacted summary of returns from 2015 to 2021, the years between which Trump ran for president and later for president.

Trump has consistently refused to release his tax returns, a common practice for presidents and presidential candidates for decades. He declined to disclose details of his assets and business activities. After years of legal battle, a House committee was awarded six years of Trump’s tax returns by the Treasury Department in late November.

The parliamentary committee published a report earlier this month containing its findings. The documents show that Trump and his wife Melania paid little to no federal income tax during their years in the White House. To this end, the couple claimed numerous deductions and huge business losses.

Trump paid exactly $0 in income tax in 2020. In 2019, he had to pay $134,000 to the taxman. In 2018 it was $1 million and the year before it was $750. The members of the Democratic committee believe that the American tax authorities (IRS) did not sufficiently verify whether the declarations are correct. The IRS did absolutely nothing to uncover Trump’s tax affairs “until I asked myself the question,” complained committee chairman Richard Neal.

Trump views disclosing his private finances as a misguided political action and an invasion of the privacy of all Americans. “The Democrats should never have done this, the Supreme Court should never have allowed this, and it’s going to lead to terrible things for a lot of people,” the former president said. He plans to run for president again in 2024, but faces growing competition within his own ranks, particularly from Republican Florida Governor Ron DeSantis, who is 32 years younger than Trump, 76. .

The committee voted to publish last Tuesday; with 24 Democrats for and 16 Republicans against. In the new year, the proportions are different in the House. The Republicans were then in the majority and this was reflected in the composition of the commissions.

Reply can be found at the bottom of this article. Only comments with a last name and first name are placed. We do it because we want a debate with people who stand up for what they say, and therefore put their name to it. Those who still need to enter their name can do so by clicking ‘Login’ at the top right of our site.