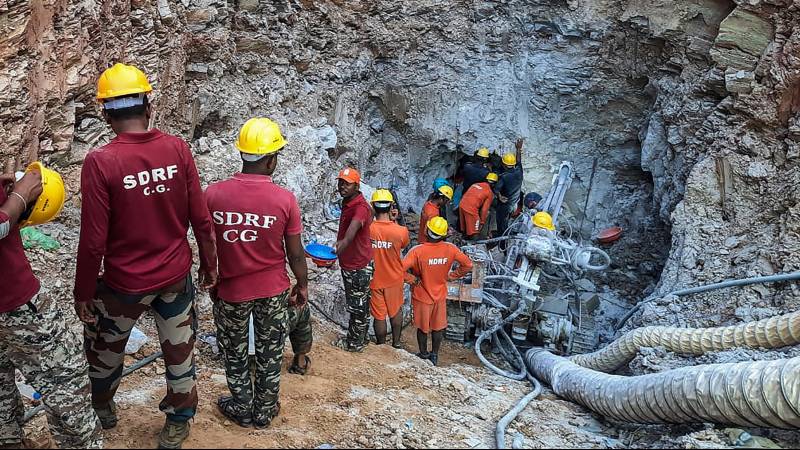 In India, an 11-year-old deaf boy was rescued from a well he fell into four days ago. Rescuers managed to rescue the boy from the 24-meter-deep pit after 110 hours.

Last Friday, things turned sour in the village of Pihrid, in the northeast of the country. Rahul Sahu was playing near his house when he fell into the well. Rescuers immediately installed an oxygen hose through the very narrow hole so he could continue to breathe. A total of 500 people, including members of the police and army, took part in the rescue operation.

A shaft was dug parallel to the pit using cranes. This well was then connected to the well. Cameras monitored Rahul’s situation, although his deafness made it difficult to communicate with him.

Certainly, the last hours have been critical; According to police, the boy barely moved and made only a few gestures when given food. Rescuers also had to work carefully due to the risk of collapse, as the water also began to rise.

So last night I finally got Rahul out of the hole. He was placed on a stretcher and pulled up by queuing rescuers. Immediately afterwards, he was taken to hospital. His condition is stable. He got skin infections from being in the water for four days.

This footage shows Rahul being carried outside: